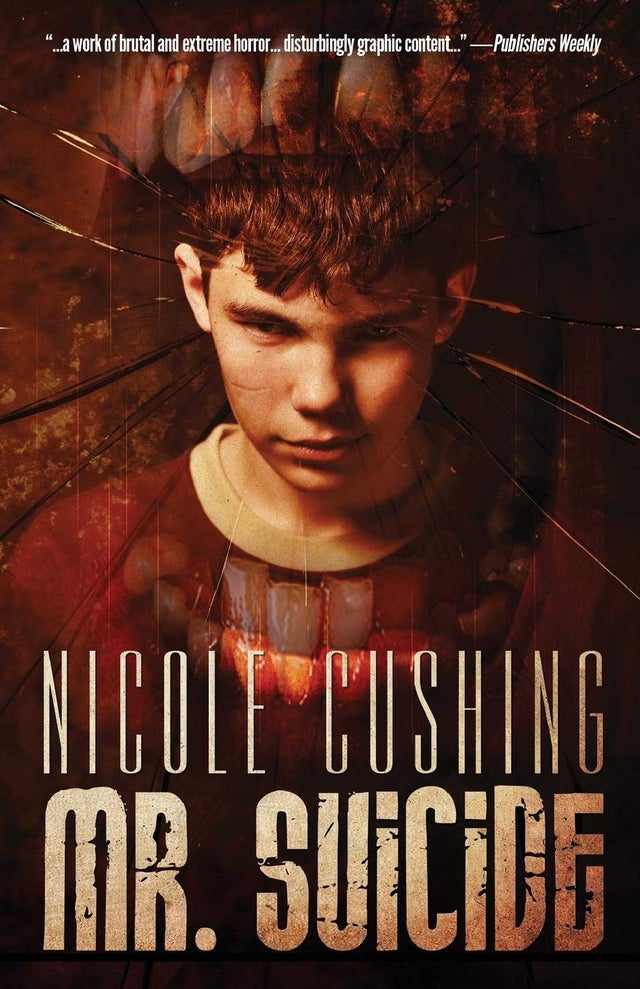 Like everyone else in the world, you've wanted to do things people say you shouldn't do.How many times in your life have you wanted to slap someone? Really, literally strike them? You can't even begin to count the times. Hundreds. Thousands. You're not exaggerating. You're not engaging in... whatchamacallit? Hyperbole? You're not engaging in hyperbole.Maybe the impulse flashed through your brain for only a moment, like lightning, when someone tried to skip ahead of you in line at the cafeteria. Hell, at more than one point in your life you've wanted to kill someone; really, literally kill someone. That's not just an expression. Not hyperbole. Then it was gone and replaced by the civilized thought: You can't do that. Not out in public.But you've had the thought...

"Cushing doesn't give us an all-out splatterfest, aiming more for a narrative that unsettles its readers psychologically, disarming them from time to time with bursts of graphic violence. She handles this more cerebral approach deftly; and yet, her pages still seem to bleed, or at least to writhe with rotten blood itching to get loose." --LitReactor

"This is horror fiction that leaves marks." -- Ray Garton, author of Live Girls and Sex and Violence in Hollywood

"Novels don't come much more transgressive than this one, folks." -- Jack Ketchum, award-winning author of Off Season and The Girl Next Door

"This tale of a damaged and murderous child is the most original horror novel I've read in years." -- Poppy Z. Brite, author of Exquisite Corpse and Lost Souls

Nicole Cushing is the Bram Stoker Award-winning author of Mr. Suicide and a two-time nominee for the Shirley Jackson Award. Various reviewers have described her work as “brutal,” “cerebral”, “transgressive”, “taboo”, “groundbreaking” and “mind-bending”. This Is Horror has said that she is “quickly becoming a household name for horror fans”.