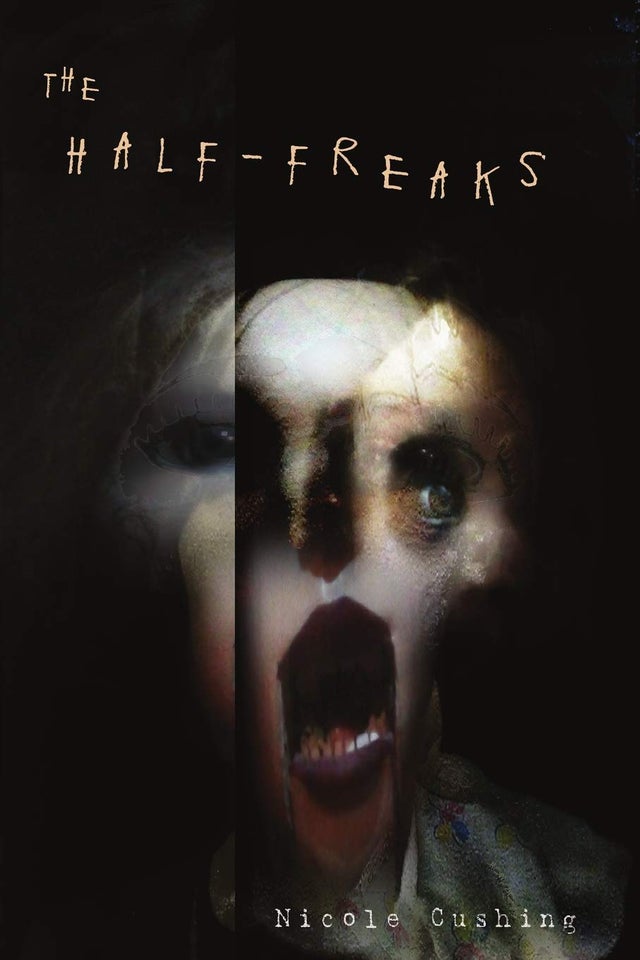 Harry Meyers is ill-equipped to handle funeral planning of any sort. If he had a goldfish and that goldfish died, he would probably find a way to bungle the flushing. But when Harry's mother passes away without having made any arrangements, and he's the only surviving next of kin, Harry is called on to navigate a grimly hilarious, half-real world of morgues, morticians, fetishes, and cosmic disaster. Transgressive and bleakly funny, terrifying but surprisingly humane, The Half-Freaks showcases Nicole Cushing's ever-evolving take on the Weird.

"The Half-Freaks is definitely a flagpole in the tent of the strange. It shines as a beacon to those of us that dig the weird and also as an open door for someone that might be new to this type of horror." -Matt Brandenburg, High Fever Press

"The Half-Freaks is guaranteed to be like nothing you've ever read before. Take that as a dare, if you will. I did! Highly recommended!" -Char's Horror Corner

"There are plenty of places to go to find good horror, and even fewer to find great horror. If you are looking to go beyond that and find horror that is pushing the boundaries of not only what horror is but what it can do, the venues become even slimmer still. It likely won't be coming from one of the big 5 publishing houses. You won't find it at the book store next to your departure gate and it probably won't be written by a guy that has a mansion in Maine. To find it, I had to go to a press owned by a former ventriloquist and an author who lives in post-industrial Indiana. I wouldn't have it any other way." -Mike D, Signal Horizon

Nicole Cushing is the Bram Stoker Award-winning author of Mr. Suicide and a two-time nominee for the Shirley Jackson Award. Various reviewers have described her work as "brutal", "cerebral", "transgressive", "taboo", "groundbreaking" and "mind-bending". This Is Horror has said that she is "quickly becoming a household name for horror fans". She has also garnered praise from Jack Ketchum, Rue Morgue Magazine, Thomas Ligotti, and Poppy Z. Brite.