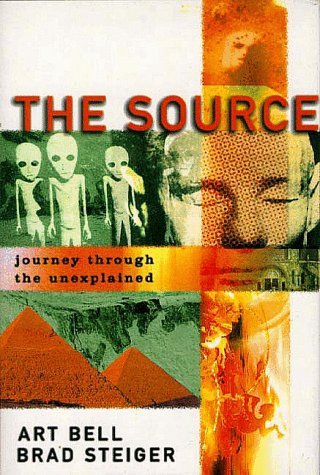 The Source: Journey Through the Unexplained (hardcover)

By Art Bell and Brad Steiger

Examining the facts behind unexplained phenomena, this study of the paranormal explores the possible influence of aliens on the origins of the human species, pyramids, UFO abductions, near-death experiences, angels, demonic possession, apocalyptic prophecies, crop circles, poltergeists, and more.

"The Source is a wonderful little book filled with exciting discoveries taken from the late-night radio program 'Coast to Coast.' It is filled with dramatic descriptions of fantastic truths which have been aired on the program. Well written and easy to read, it is very thrilling to peruse the contents. A must-read for anyone interested in the frontiers of thought, consciousness, and bizarre but truthful facts."

— Dr.Louis Nitti Jr. MA (Psych) Dr. of Divinity, author of Science and the Unity of Consciousness

"Nighttime radio talk show host Art Bell and bestselling author Brad Steiger address topics as varied as ghosts, ancient civilizations, and psychic powers in The Source, a tribute to unexplained phenomena. The authors are heavily biased toward UFOs, aliens, and abduction-related material, and other topics. such as crop circles and human origins, are slanted in this direction as well. ...The Source remains an easily digestible introduction to the world of high strangeness, and offers multiple starting points for the reader just striking out on an exploration of these fascinating subjects." —Brian Patterson