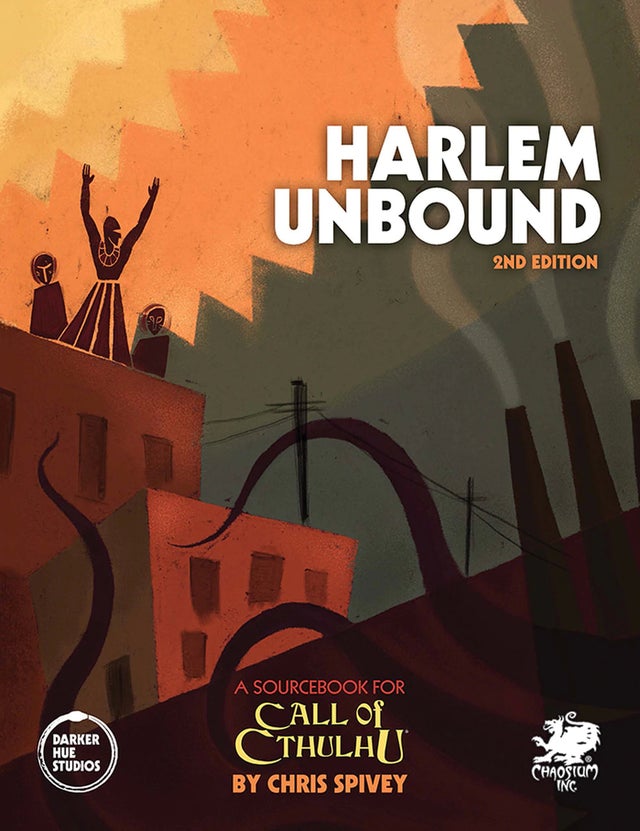 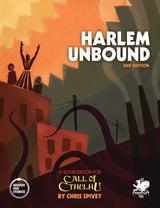 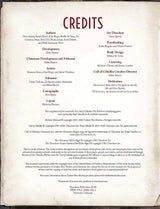 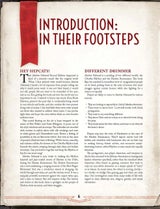 ﻿Investigate the Cthulhu Mythos during the Harlem Renaissance!

Chris Spivey's ENnie-winning breakthrough book is back and better than ever!

Prohibition is in full swing and bootleggers are living high. African-Americans flee the oppressive South for greener pastures, creating a new culture in Harlem. The music of Fats Waller and Duke Ellington pours out of the city’s windows, while women in stylish skirts and silk stockings, and men in white gloves and Chesterfield coats crowd the sidewalks. There’s a feeling of possibility in the air, like never before.

But, even in this land of promise, Harlem is a powder keg, ready to explode. While classes and cultures collide, the horrors of the Cthulhu Mythos lurk beneath the streets, creeping through dark alleys and hidden doorways to infect the hopes and aspirations of the unwary.

Can you hold it together and keep the terrors at bay for one more song?

The Skinny on the Goods…

Harlem Unbound 2nd Edition is expanded and improved from the first edition. New areas are shown below:

This book package includes the following:

Downloads to support the book:

What the Critics Say:

"An essential Call of Cthulhu 1920s supplement, expanding not just the game we love, but how you view the entire genre and society itself."--Mark Morrison, Call of Cthulhu writer (Horror on the Orient Express, Reign of Terror, Terror Australis, etc)

"Harlem Unbound gives raw material for creating journeys as well as destinations... [it is] a strong labor of love that combines both passion for a vital time and place in American history with a deep pool to draw various strains of horror, both familiar and unfamiliar, into the Call of Cthulhu game. I love this book and cannot recommend it enough."--Never Read the Latin.

"Style 5/5, Substance 5/5: Anyone who already bought and enjoyed the first edition should definitely get the second: there's so much more material that it presents almost literally double the content, depth, playable material, and sheer value. For anyone who doesn't have it, Harlem Unbound belongs on just about every Call of Cthulhu or cosmic/investigative horror gamer's shelf..."—Paul St John Macintosh, RPGNet review.

"Chaosium absolutely do not half-ass this new edition of the book, and nor should they have: the original edition of this has been selected for inclusion in the libraries of multiple museums, after all, so we’re talking an RPG supplement of significant artistic merit... With this new edition of Harlem Unbound, Keepers have never been better-supported in presenting this era in Call of Cthulhu."--Refereeing and Reflection.

"An expansion of Call of Cthulhu, Chaosium’s wildly popular tabletop roleplaying game based on Lovecraftian lore... Spivey’s critically lauded expansion of the game is a landmark for both the tabletop roleplaying world and for Lovecraftian literature. It focuses on the Harlem Renaissance and assumes that all players, regardless of their real world ethnicity, will be stepping into the shoes of a black, indigenous, person of color in that time period. The book is an engrossing historical tome as well as a literal guidebook for meaningfully exploring racism in Lovecraftian fiction."--Consequence of Sound.

"An amazing book and one you need in your Call of Cthulhu collection."--Rolling Boxcars.