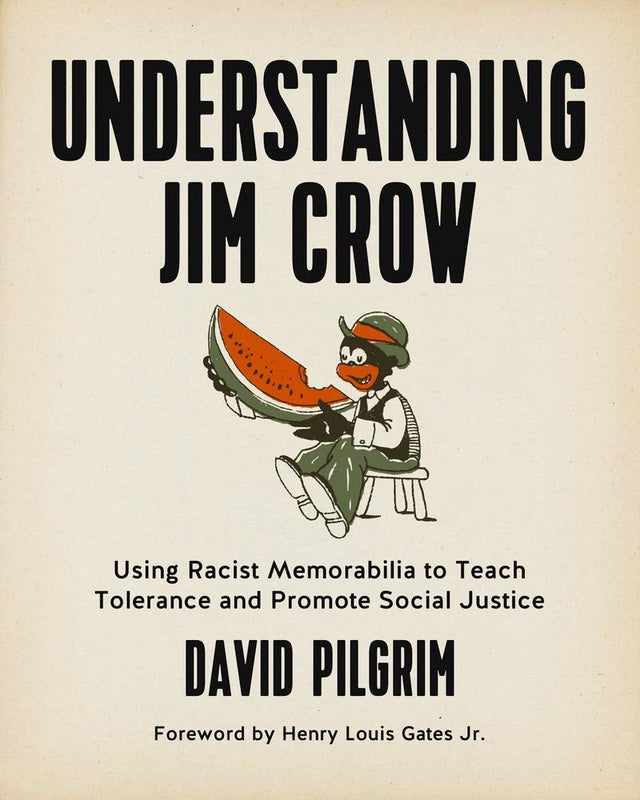 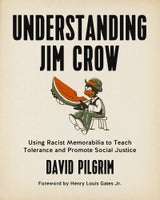 For many people, especially those who came of age after landmark civil rights legislation was passed, it is difficult to understand what it was like to be an African American living under Jim Crow segregation in the United States. Most young Americans have little or no knowledge about restrictive covenants, literacy tests, poll taxes, lynchings, and other oppressive features of the Jim Crow racial hierarchy. Even those who have some familiarity with the period may initially view racist segregation and injustices as mere relics of a distant, shameful past. A proper understanding of race relations in this country must include a solid knowledge of Jim Crow—how it emerged, what it was like, how it ended, and its impact on the culture.

Understanding Jim Crow introduces readers to the Jim Crow Museum of Racist Memorabilia, a collection of more than ten thousand contemptible collectibles that are used to engage visitors in intense and intelligent discussions about race, race relations, and racism. The items are offensive. They were meant to be offensive. The items in the Jim Crow Museum served to dehumanize blacks and legitimized patterns of prejudice, discrimination, and segregation.

Using racist objects as teaching tools seems counterintuitive—and, quite frankly, needlessly risky. Many Americans are already apprehensive discussing race relations, especially in settings where their ideas are challenged. The museum and this book exist to help overcome our collective trepidation and reluctance to talk about race.

Fully illustrated, and with context provided by the museum’s founder and director David Pilgrim, Understanding Jim Crow is both a grisly tour through America’s past and an auspicious starting point for racial understanding and healing.

“One of the most important contributions to the study of American history that I have ever experienced.”

“The museum’s contents are only a small part of the damaging effects of the Jim Crow laws that were found all across America, including bright and sunny California. This history is not only an important part of understanding where America was but, in an age of states making it harder and harder for citizens to vote, it is relevant to note that we have been here before.”

—Henry Rollins, host of the History Channel’s 10 Things You Don’t Know About

“For decades the author has been on a Pilgrimage to bring out from our dank closets the racial skeletons of our past. His is a crucial mission, because he forces us to realize that race relations grew worse in the first several decades of the twentieth century—something many Americans never knew or now want to suppress. This book allows us to see, even feel the racism of just a generation or two ago—and Pilgrim shows that elements of it continue, even today. See it! Read it! Feel it! Then help us all transcend it!”

—James W. Loewen, author of Lies My Teacher Told Me and coeditor of The Confederate and Neo-Confederate Reader

“The museum has been one of my treasured go-to resources for teaching people about the deep-seated roots of the racism that persists in our collective subconscious. Only by facing our history and its hold on our psyche can we construct a better culture. This work is invaluable.”

—damali ayo, author of How to Rent a Negro and Obamistan! Land without Racism

“David Pilgrim makes a vital contribution to help us understand the grotesque depths of the psychological and cultural war of anti-Black racism throughout the Jim Crow era. In our quest to build powerful multiracial grassroots movements for collective liberation, Pilgrim’s book is a tool to help decolonize our minds, attack anti-Black racism in all of its forms, and create a multiracial democracy with economic justice for all.”

David Pilgrim is a professor, orator, and human rights activist. He is best known as the founder and curator of the Jim Crow Museum—a ten-thousand-piece collection of racist artifacts located at Ferris State University, which uses objects of intolerance to teach about race, race relations, and racism.

Henry Louis Gates Jr. is the Alphonse Fletcher University Professor and director of the Hutchins Center for African and African American Research at Harvard University. He is also an Emmy Award–winning filmmaker, literary scholar, journalist, cultural critic, and institution builder.