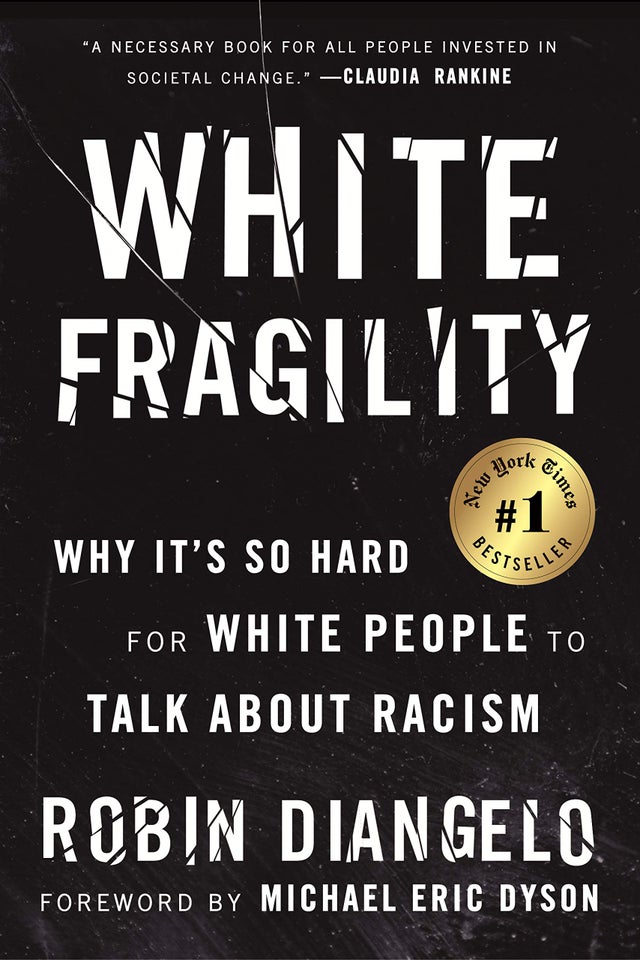 White Fragility: Why It's So Hard for White People to Talk About Racism

The New York Times best-selling book exploring the counterproductive reactions white people have when their assumptions about race are challenged, and how these reactions maintain racial inequality.

In this “vital, necessary, and beautiful book” (Michael Eric Dyson), antiracist educator Robin DiAngelo deftly illuminates the phenomenon of white fragility and “allows us to understand racism as a practice not restricted to ‘bad people’ (Claudia Rankine). Referring to the defensive moves that white people make when challenged racially, white fragility is characterized by emotions such as anger, fear, and guilt, and by behaviors including argumentation and silence. These behaviors, in turn, function to reinstate white racial equilibrium and prevent any meaningful cross-racial dialogue. In this in-depth exploration, DiAngelo examines how white fragility develops, how it protects racial inequality, and what we can do to engage more constructively.

“The value in White Fragility lies in its methodical, irrefutable exposure of racism in thought and action, and its call for humility and vigilance.”

“[T]houghtful, instructive, and comprehensive . . . This slim book is impressive in its scope and complexity; DiAngelo provides a powerful lens for examining, and practical tools for grappling with, racism today.”

“White Fragility is a book everyone should be exposed to. With any luck, most who are will be inspired to search themselves and interrupt their contributions to racism.”

“A valuable guide . . . While especially helpful for those new to the critical analysis of whiteness, this work also offers a useful refresher to anyone committed to the ongoing process of self-assessment and anti-oppression work.”

“A vital, necessary, and beautiful book, a bracing call to white folk everywhere to see their whiteness for what it is and to seize the opportunity to make things better now.”

“A rare and incisive examination of the system of white body supremacy that binds us all as Americans. . . . With authenticity and clarity, she provides the antidote to white fragility and a road map for developing white racial stamina and humility. White Fragility loosens the bonds of white supremacy and binds us back together as human beings.”

—Resmaa Menakem, author of My Grandmother’s Hands and Rock the Boat

“As powerful forces of white racism again swell, DiAngelo invites white progressives to have a courageous conversation about their culture of complicity. . . . White Fragility provides important antiracist understanding and essential strategies for well-intentioned white people who truly endeavor to be a part of the solution.”

“Robin DiAngelo demonstrates an all-too-rare ability to enter the racial conversation with complexity, nuance, and deep respect. Her writing establishes her mastery in accessing the imaginal, metaphoric mind where the possibility for transformation resides. With an unwavering conviction that change is possible, her message is clear: the incentive for white engagement in racial justice work is ultimately self-liberation.”

—Leticia Nieto, coauthor of Beyond Inclusion, Beyond Empowerment

Robin DiAngelo is an academic, lecturer, and author and has been a consultant and trainer on issues of racial and social justice for more than twenty years. She formerly served as a tenured professor of multicultural education at Westfield State University.