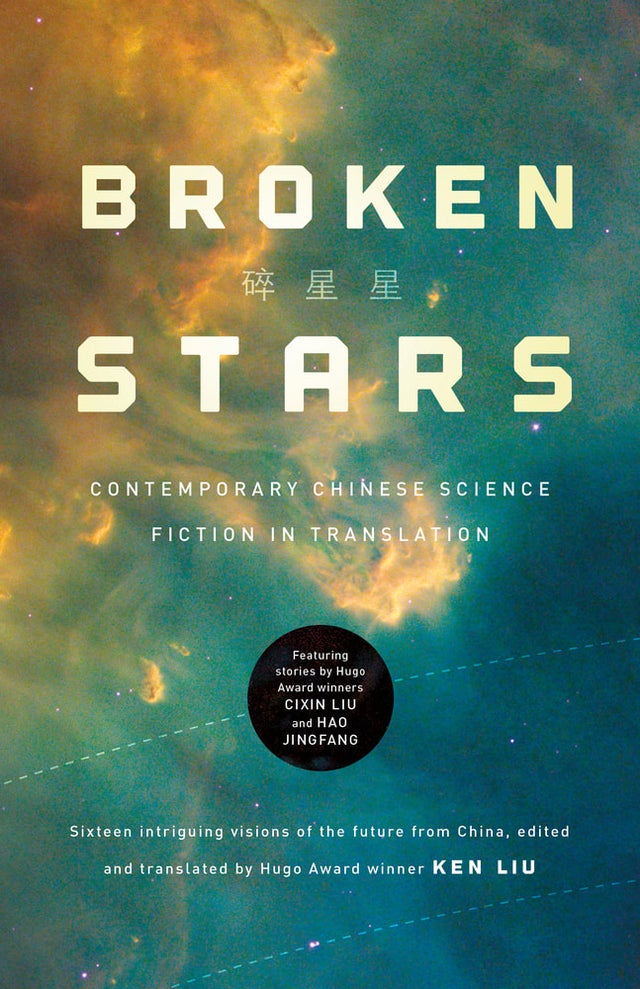 In Hugo Award-winner Liu Cixin's "Moonlight," a man is contacted by three future versions of himself, each trying to save their world from destruction. Hao Jingfang’s "The New Year Train" sees 1,500 passengers go missing on a train that vanishes into space. In the title story by Tang Fei, a young girl is shown how the stars can reveal the future.

In addition, three essays explore the history and rise of Chinese science fiction publishing, contemporary Chinese fandom, and how the growing interest in Chinese SF has impacted writers who had long labored in obscurity.

By turns dazzling, melancholy and thought-provoking, Broken Stars celebrates the vibrancy and diversity of SFF voices emerging from China.

“The Snow of Jinyang” by Zhang Ran

“Salinger and the Koreans” by Han Song

“Under a Dangling Sky” by Cheng Jingbo

“What Has Passed Shall in Kinder Light Appear” by Baoshu

“The Robot Who Liked to Tell Tall Tales” by Fei Dao

“The Restaurant at the End of the Universe: Laba Porridge" by Anna Wu

“Coming of the Light” by Chen Qiufan

“A History of Future Illnesses” by Chen Qiufan

“A Brief Introduction to Chinese Science Fiction and Fandom,” by Regina Kanyu Wang,

For more Chinese SF in translation, check out Invisible Planets.