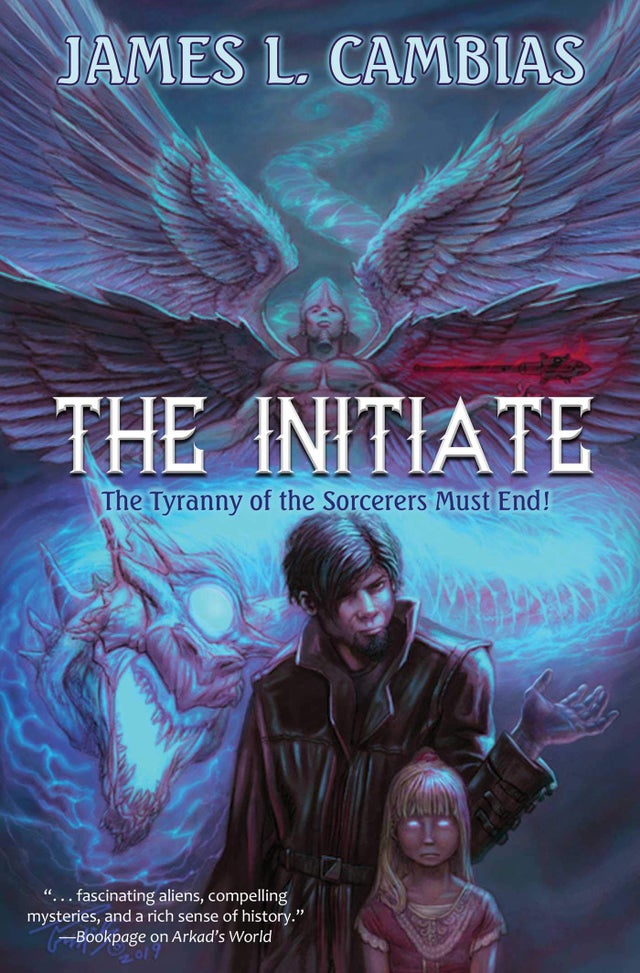 ﻿THE SORCERERS WHO RULE THE WORLD ARE GOING DOWN!

If people who can work magic are so powerful, why don't they rule the world? Well, as it happens, they do. One man wants to change that.

The Apkallu are masters of magic. They rule the world from the shadows, using mind control and deadly monsters to eliminate any threat to their power. Sam Arquero lost his family to a demon sent by an Apkallu. He knew that nobody would believe the truth, but now an old man offers Sam the chance to find out who is responsible and bring down the Apkallu forever.

Under a new identity, Sam must learn the secrets of magic, infiltrate the Apkallu, and walk a razor’s edge of daring as he attempts to destroy the Apkallu leaders and avoid the supernatural detectives on his trail. But Sam’s greatest challenge perhaps lies within—to avoid becoming like the hated Apkallu himself!

Hardcover edition, autographed by the author.

Praise for the work of James L. Cambias:

"Beautifully written, with a story that captures the imagination the way SF should."--Booklist, starred review

“An engaging nail-biter that is exciting, fun and a satisfying read.” --The Qwillery