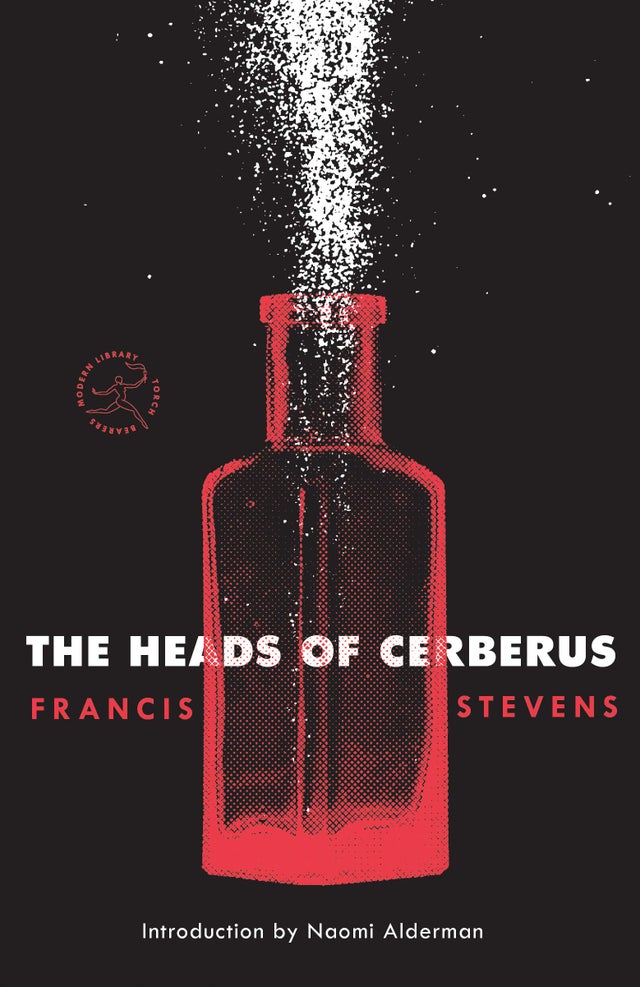 The Heads of Cerberus

A rediscovered classic of science fiction, set in a dystopian twenty-second-century society where the winner takes all, a precursor to The Hunger Games by one of the genre’s first major female writers—with an introduction by Naomi Alderman, New York Times bestselling author of The Power and Disobedience

Philadelphia, 1918: Three friends—brave, confident Viola Trenmore, clever but shy Robert Drayton, and Viola’s strong and hot-tempered brother, Terry—discover a mysterious powder that transports them two hundred years into the future. The Philadelphia of 2118 is no longer a bustling metropolis but instead a completely isolated city recovering from an unknown disaster. Citizens are issued identification tags instead of having names, and society is split between a wealthy, powerful minority and a downtrodden lower class. The position of supreme authority is held by a woman, and once a year she oversees competitions to the death to determine who rules alongside her. When Viola, Terry, and Robert are forced to take part in these strange and deadly games, it will take their combined wits for them to escape this strange world and return home.

Equal parts adventure and dystopia, The Heads of Cerberus is an unjustly forgotten work of early science fiction written by a trailblazing master of the genre.

Praise for The Heads of Cerberus

“An early-twentieth-century time-travel dystopia whose vision of 2118 resonates eerily with our own century . . . a fast-paced, imaginative yarn.”—Kirkus Reviews

The Modern Library Torchbearers series features women who wrote on their own terms, with boldness, creativity, and a spirit of resistance.