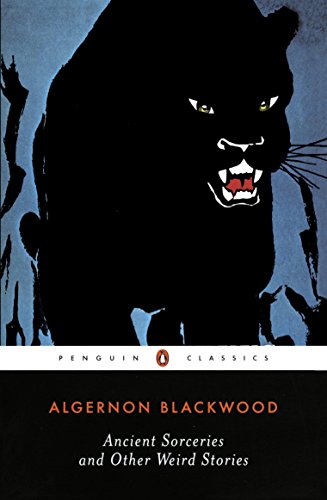 Ancient Sorceries and Other Weird Stories

Algernon Blackwood —By turns bizarre, unsettling, spooky, and sublime, Ancient Sorceries and Other Weird Stories showcases nine incomparable stories from master conjuror Algernon Blackwood. Evoking the uncanny spiritual forces of Nature, Blackwood’s writings all tread the nebulous borderland between fantasy, awe, wonder, and horror. Here Blackwood displays his best and most disturbing work-including “The Willows,” which Lovecraft singled out as “the single finest weird tale in literature”; “The Wendigo”; “The Insanity of Jones”; and “Sand.”

“Of the quality of Mr Blackwood’s genius there can be no dispute; for no one has ever approached the skill, seriousness, and minute fidelity whith which he records the overtones of strangeness in ordinary things and experiences.”

“To many, including H.P. Lovecraft, ‘The Willows’ is the finest story in the canon of supernatural fiction. (…) Blackwood himself is, arguably, the central figure in the British supernatural literature of the twentieth century.”

ALGERNON BLACKWOOD (1869-1951) was an English broadcaster, journalist, and author who wrote (and narrated over the radio and television) some of the most prolific ghost stories in the history of the genre. A lover of nature with a lifelong interest in the supernatural, he wrote many collections of short stories, fourteen novels, several children’s books, and a number of plays, too. H.P. Lovecraft described Blackwood as “the one absolute and unquestioned master of weird atmosphere.”