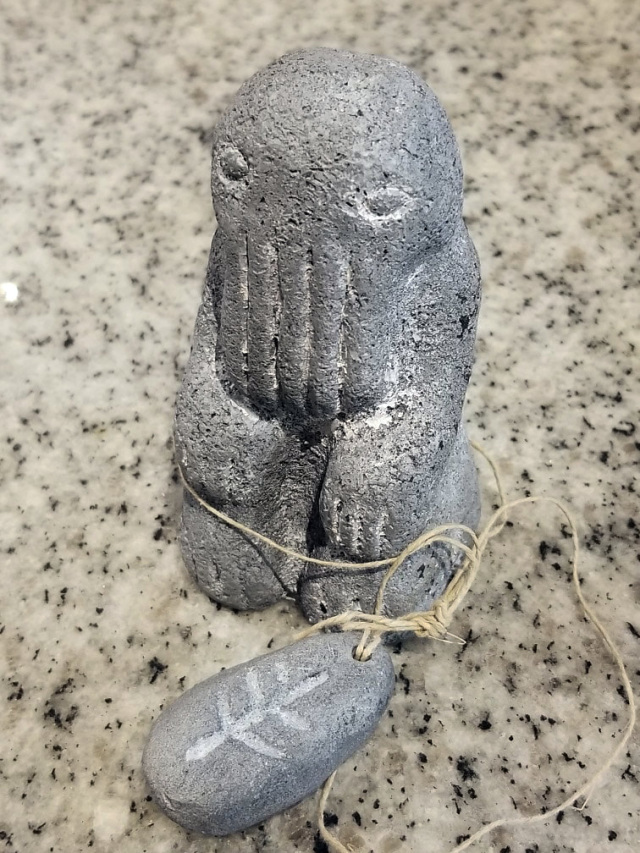 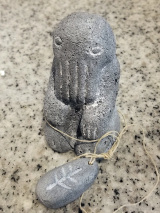 Initially declared a great ‘archeological discovery’ the Piltdown Man, ‘found’ in 1912 in East Sussex County, England, turned out to be one of the greatest scientific hoaxes in history. Proclaimed to be the long anticipated ‘Missing Link’, it was ultimately revealed to be nothing more than a clever mixing of human and orangutan skull and jaw pieces. Ironically, a real discovery, made in the same area only months later, was that of what is now known as the ‘Piltdown Cthulhu’. This small stone figurine, was unearthed by a laborer, James Simmons, at the gravel pits not far from where the ‘Piltdown Man’ had allegedly been discovered. While the Piltdown Man hoax was sustained for over forty years, poor Mr. Simmons’ discovery was dismissed almost immediately as a fraud, considered to have been perpetrated by him in an attempt to cash in on then rampant ‘Piltdown mania’. Fortunately, a newspaper account published at the time eventually came to the attention of Sir Albert Arnold Mill, archeologist and authority on the Great Old Ones, and on Cthulhu, in particular. Mill met with Simmons, who had fortunately retained possession of the artifact, and established the authenticity of the man’s find.

Mill has written that the little stone figurine, which Simmons claimed to have found buried next to a small crude stone monolith, is a true Iron Age relic. Having been carved from solid granite in the style of the well-known ‘Baba’ statues found from Ireland to Asia, though much smaller, this figure represents Cthulhu, primary figure in the so called ‘Cthulhu Mythos’. While many idols of Cthulhu have been found worldwide, with the design and materials defined by local cultures, with few exceptions the size of these figures seldom exceeds one foot, and they are often no more than two or three inches tall. We can account for this phenomenon by considering that the ‘Cult of Cthulhu’ has been suppressed and persecuted since the earliest accounts of it appear in Sumerian scripts, over 5000 years old. The constant threat of annihilation forced devoted adherents to create portable objects of worship and in most instances, save for certain isolated populations, to adopt a nomadic life style.

The figure is 4 ½ inches tall, cast in resin, and finished to resemble stone. Created by artist Joe Broers.