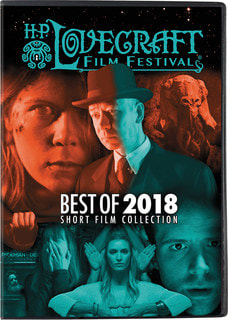 The H.P. Lovecraft Film Festival® in Portland, OR has been the vanguard of independent horror filmmaking, with a cosmic or Weird twist, for more than 20 years. Now you can attend in spirit, with this selection of short films from the 23rd Annual festival in 2018! With something for every Lovecraft fan, these films fill the spectrum from occult obsession to Antarctic exploration, and include a stop-motion rendition of one of Lovecraft’s favorite literary classics, as well as live action and animated adaptations.

Films included on this collection:

- The Music of John Low (dir. by Marko Kattilakoski, Sweden)

- The House of tthe Seven Gables (dir. by Ben Wickey, US)

- The Strange House in the Mist (dir. by Guilherme Daniel, Portugal)