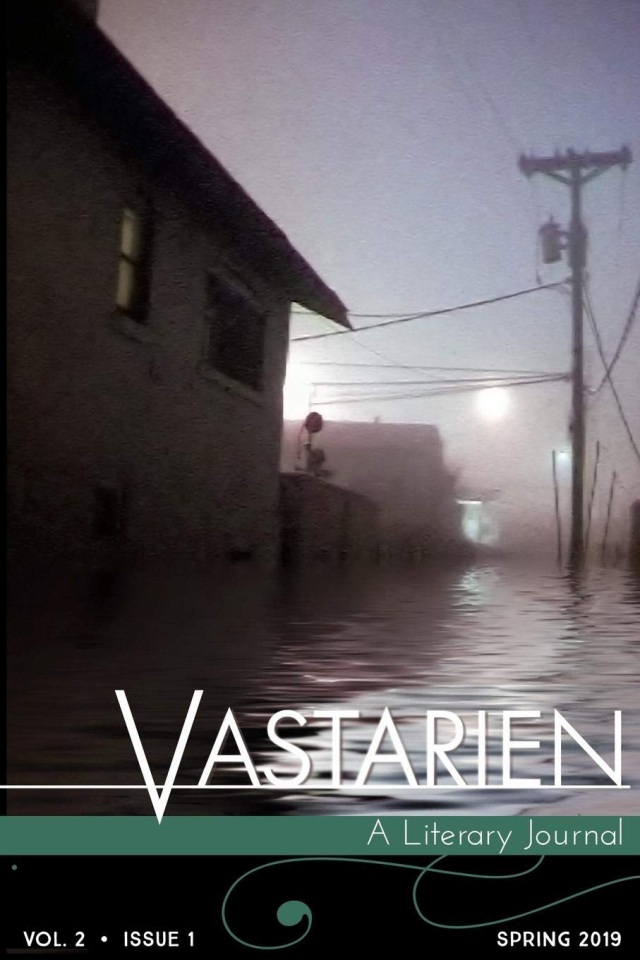 Vastarien: A Literary Journal is a source of critical study and creative response to the corpus of Thomas Ligotti as well as associated authors and ideas. The journal includes nonfiction, literary horror fiction, poetry, artwork and non-classifiable hybrid pieces.

Contents: "Venio" by Gemma Files; "The Lord Is an Active Shooter" by Fiona Maeve Geist; "The Sisters" by F.J. Bergmann; "Horror Religiosus: The Dark Passions of Mark Samuels" by David Peak; "The Curse of the Biblical Magi" by Sepehr Goshayeshi; "Aharesia" by Natalia Theodoridou; Silhouette Golems by S. E. Casey; "Orchid Architecture" by K. A. Opperman; "All the Stage Is a World" by Forrest Aguirre; "Burger Shop" by Jayaprakash Satyamurthy; "Rat King" by Lia Swope "Mitchell Vanpool" by C. M. Muller; "Magic, Madness, and Women Who Creep: The Power of Individuality in the Work of Charlotte Perkins Gilman" by Gwendolyn Kiste; "The Ageless Agelasts" by Rhys Hughes; "In the Way of Eslan Mendeghast" by Farah Rose Smith; "Effigies of Former Supervisors" by Matthew M. Bartlett

Author Jon Padgett is a professional-though lapsed-ventriloquist who lives in New Orleans with his spouse, their daughter, and a rescue dog and cat. He is the Co-Editor-In-Chief of Vastarien: A Literary Journal, a source of critical study and creative response to the work of Thomas Ligotti. Padgett's first short story collection, The Secret of Ventriloquism, was named the Best Fiction Book of 2016 by Rue Morgue Magazine. His recent novelette, The Broker of Nightmares, was published by Nightscape Press. In mid-2019, the same press will be publishing a deluxe, fully illustrated box set including Padgett's The Secret of Ventriloquism, Matthew M. Bartlett's Gateways to Abomination, and a third yet-untitled collection with stories written in collaboration by the two authors.

Harry O. Morris's artwork has been legendary since the 1970s. He has illustrated more stories by horror authors Richard Matheson and Thomas Ligotti than any other artist, and his work helped to define the genre with his innovative use of collage and computer graphics. Gemma Files is the author of over 100 short stories, five collections of short fiction and five novels, all horror or dark fantasy. She won the 1999 International Horror Guild Best Short Fiction Award for her story "The Emperor's Old Bones," the 2010 Black Quill Award for Best First Novel for A Book of Tongues (first in the Hexslinger series), and the 2015 Shirley Jackson Award for Best Novel for her book Experimental Film.