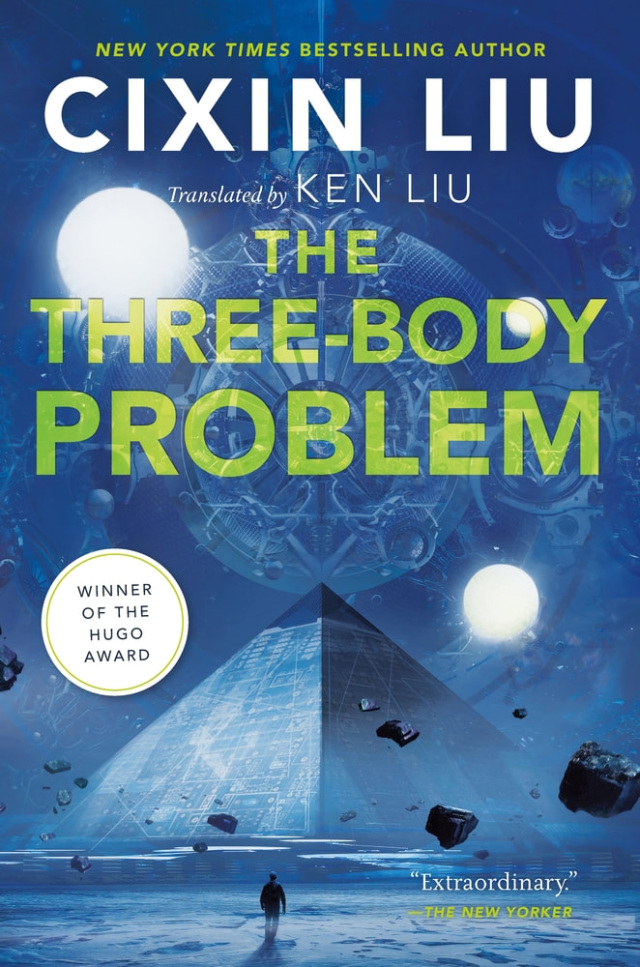 The Three-Body Problem (Rememberance of Earth's Past #1)

The Three-Body Problem is the first chance for English-speaking readers to experience the Hugo Award-winning phenomenon from China's most beloved science fiction author, Liu Cixin. Set against the backdrop of China's Cultural Revolution, a secret military project sends signals into space to establish contact with aliens. An alien civilization on the brink of destruction captures the signal and plans to invade Earth. Meanwhile, on Earth, different camps start forming, planning to either welcome the superior beings and help them take over a world seen as corrupt, or to fight against the invasion. The result is a science fiction masterpiece of enormous scope and vision.

"A meditation on technology, progress, morality, extinction, and knowledge that doubles as a cosmos-in-the-balance thriller.... a testament to just how far [Liu's] own towering imagination has taken him: Far beyond the borders of his country, and forever into the canon of science fiction. - NPR, on Death's End "The best kind of science fiction, familiar but strange all at the same time." -- Kim Stanley Robinson, on The Three Body Problem

KEN LIU (translator) is a writer, lawyer, and computer programmer. His short story "The Paper Menagerie" was the first work of fiction ever to sweep the Nebula, Hugo, and World Fantasy Awards. He has written two novels (The Grace of Kings and The Wall of Storms) and edited and translated the Chinese science fiction anthology Invisible Planets.