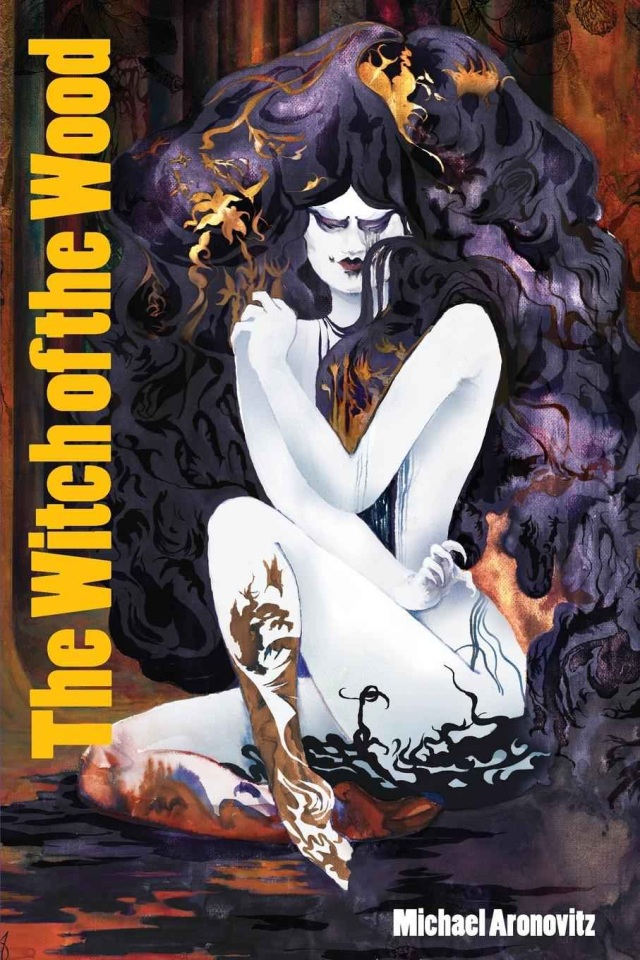 The Witch of the Wood

"Travel into the heart of darkness, where sensuality and terror meet. Michael Aronovitz's literate, sophisticated style is redolent of Bradbury and Straub, his characters real and compelling. From taboo-breaking horror to mind-bending erotica, The Witch of the Wood has it all. You won't be able to put it down."-Tamara Thorne, author of Haunted and Bad Things "Aronovitz is a magician of words and his tales are seductive snares. He weaves atmosphere, intrigue, strong characters, and relentlessly gripping plot together for a delectably disturbing thrill-ride through the darkest corners of the human imagination.

The Witch of the Wood is one hell of a show."-Alistair Cross, author of The Ghosts of Ravencrest Rudy Barnes, an adjunct professor no longer young, thinks he is attending a routine faculty meeting when he is struck by the beautiful April Orr, an administrator who is giving a presentation at the meeting. He is even more amazed when, after the meeting, he finds himself going with April to her house and having an intense sexual encounter with her. This is the beginning of a bizarre supernatural adventure in which April, a "witch of the wood," explains to Rudy the true origin of the female of the species. Rudy must now team up with Wolfie, the child he bore from April, and his ex-wife, Pat, to battle cosmic forces who are seeking to destroy the witches and bring about a universal cataclysm. In this gripping novel, Michael Aronovitz displays the crisp and riveting prose, the careful delineation of character, and the powerful horrific effects that have enlivened his previous novels and tales. In addition, he provides a thought-provoking mythic background to an epic struggle of good and evil.

Michael Aronovitz is the author of the acclaimed short story collections Seven Deadly Pleasures (Hippocampus Press, 2009) and The Voices in Our Heads (2013), as well as the novel Alice Walks (2013).