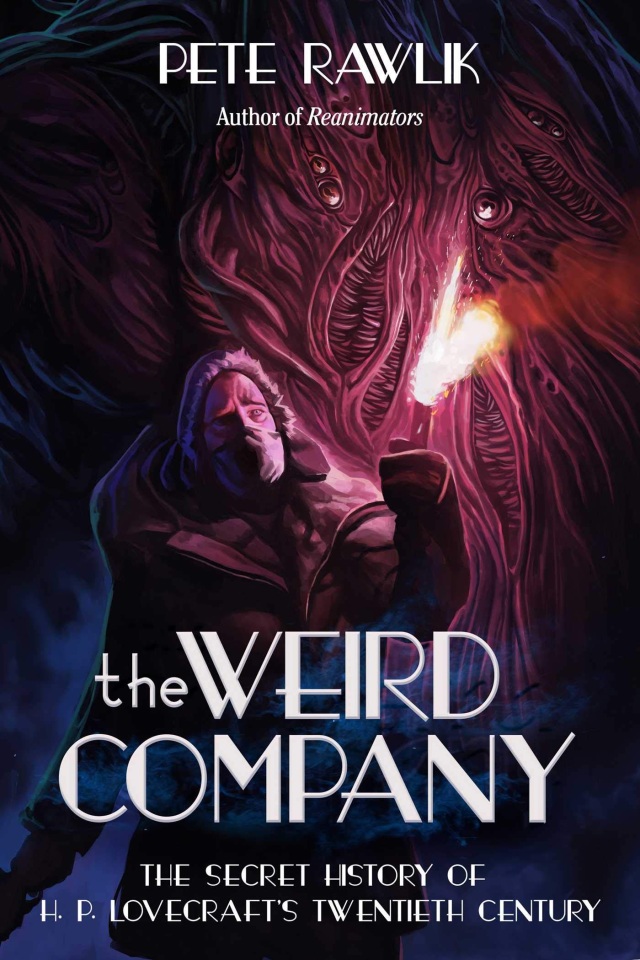 Shoggoths attack in this adrenaline-pumping novel set in the world of H. P. Lovecraft, where the horrors of the cosmos know no limits . . . It was in a way humanoid, as it stood on two legs and possessed two arms that ended in delicate digits that I would dare to call hands. Its skin was a pale blue, like the eggs of a robin, and curiously dry looking. The head was massive with a huge bulbous cranium, a large lipless mouth, and three blood red eyes that stared out at the world with nothing but hate.When it opened its mouth to speak it issued forth the most horrendous of sounds, something empty and hollow, like the wind blowing through a dead tree, and it made me cringe to hear it. . . .

The story of Dr. Hartwell (Reanimators) continues, but now he has company. Weird company: a witch, a changeling, a mad scientist, and a poet trapped in the form of a beast. These are not heroes but monsters . . . monsters to fight monsters. Their adventures rage across the globe, from the mountains and long-forgotten caves of Antarctica to the dimly lit backstreets of Innsmouth that still hold terrifying secrets. The unholy creatures released upon the world via the ill-fated Lake expedition to Antarctica must be stopped. And only the weird company stands in their way.

Continuing in the fashion of Reanimators, The Weird Company finds Lovecraft expert Pete Rawlik taking some of the most well-known of H. P. Lovecraft‚s creations and creating a true Frankenstein monster of a story — a tale more horrific than anything Lovecraft could have imagined.

"The once human characters deal with their loss of humanity and their hope that they are not just monsters in sometimes subtle but always complex ways. Combine this with a wonderful League-of-Extraordinary-Gentleman-like plotline and you have a great adventure tale worthy of being included among any fan's library." — Arkham Horror Book Club

"Rawlik rampages through Lovecraft country like a grave-robber on formaldehyde ... not so much a writer to watch as one to keep under constant supervision, animal tranquilizers, and heavy restraints." — Cody Goodfellow, author of Radiant Dawn

Pete Rawlik has been active in all things Lovecraftian since his father read him "The Rats in the Walls‚" when he was a child as a bedtime story. For more than two decades he has run Dead Ink, selling rare and unusual books. Rawlik's fiction has appeared in numerous magazine and anthologies. His first novel, Reanimators, was published by Night Shade Books in 2013.