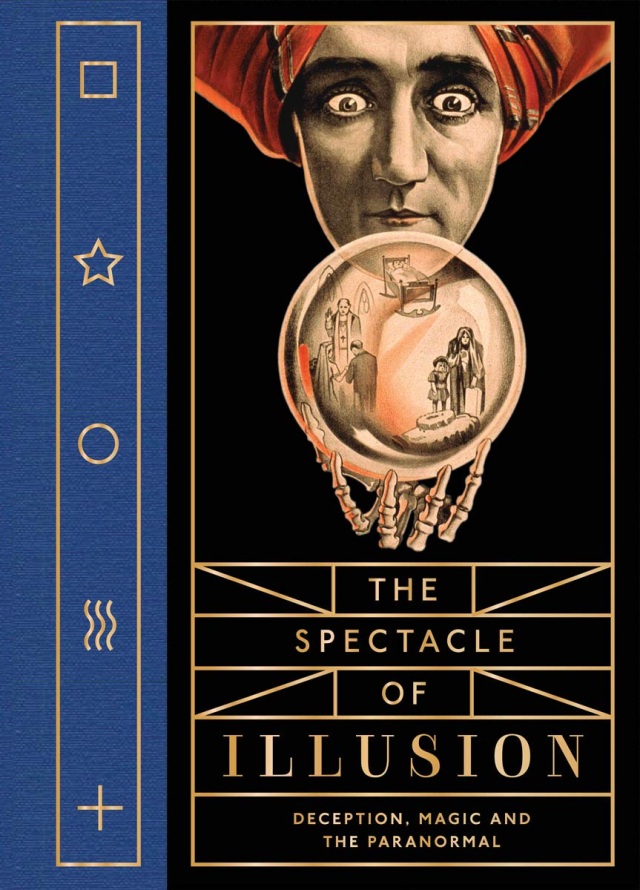 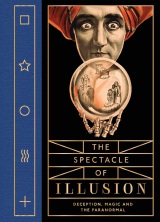 The Spectacle of Illusion: Deception, Magic and the Paranormal (hardcover)

The tricks and props of magic and spiritualism: how magicians and psychics fooled the world‚and what scientists can learn from them

In The Spectacle of Illusion, professional magician-turned experimental psychologist Dr. Matthew L. Tompkins investigates the arts of deception as practised and popularised by mesmerists, magicians and psychics since the early 18th century. Organised thematically within a broadly chronological trajectory, this compelling book explores how illusions perpetuated by magicians and fraudulent can not only deceive our senses but also teach us about the inner workings of our minds. Indeed, modern scientists are increasingly turning to magic tricks to develop new techniques to examine human perception, memory and belief. Beginning by discussing mesmerism and spiritualism, the book moves on to consider how professional magicians such as John Nevil Maskelyne and Harry Houdini engaged with these movements ‚¨ particularly how they set out to challenge and debunk paranormal claims. It also relates the interactions between magicians, and scientists over the past 200 years, and reveals how the researchers who attempted to investigate magical and paranormal phenomena were themselves deceived, and what this can teach us about deception.

Highly illustrated throughout with entertaining and bizarre drawings, double-exposure spirit photographs and photographs of spoon-bending from hitherto inaccessible and un-mined archives, including the Wellcome Collection, the Harry Price Library, the Society for Physical Research, and last but not least, the Magic Circle‚s closely guarded collection, the book also features newly commissioned photography of planchettes, rapping boards, tilting tables, ectoplasm, automata and illusion boxes. Concluding with a modern-day analysis of the science of magic and illusion, analysing surprisingly weird phenomena such as ideomotor action, sleep paralysis, choice blindness and the psychology of misdirection, this unnerving volume highlights how unreliable our minds can be, and how complicit they can be in the perpetuation of illusions.

Matthew Tompkins‚ The Spectacle of Illusion explores an area of magic research which has received arguably the biggest expansion in recent years: the psychology of performance magic and conjuring. (Beatrice Ashton-Lelliott British Society for Literature and Science)

The Spectacle of Illusion is a delightful and informative roller coaster that explores our fascination with magic, the paranormal, and the psychology of cognitive illusions. (Clive Wilkins Science Magazine)

For The Spectacle of Illusion, Matthew L. Tompkins has compiled a trove of posters, photos, and illustrations from magical, psychic, and spir¨‚itualist practices over the past two centuries that evidences both the strong lure of enchant¨‚ments and the meticulousness of their decep¨‚tions. The assemblage also proves intriguing as it unintentionally suggests a kinship between some portion of twentieth-century art and magic and the occult. (Albert Mobilio Bookforum)

The magician and psychologist Matthew L. Tompkins‚s new book, The Spectacle of Illusion, chronicles the struggles of the scientific community to understand‚and sometimes debunk‚the illusions and mysteries that have so captivated the general public since the eighteenth century. ( Paris Review)

For those who prefer to trust their own eyes, ears, and memories, the presentation of an optical illusion or a claim of communication with the spirit realm tends to draw skepticism. (Anne Kniggendorf Publishers Weekly)

The Spectacle Of Illusion is populated by clairvoyants, telepaths and ghost-hunters, materialised using imagery drawn from the archives of the Wellcome Collection. The pictures are thrilling. ( Daily Mail) ‚≤Spectacle of Illusion‚ is a remarkable book. Even if you didn't read a single word of this book, the remarkable images, seem to lift a lid on the Magic world. This book both reveals the inner workings of the extraordinary and yet seems to keep all it‚s secrets too. It‚s wonderful. (Andy Nyman)