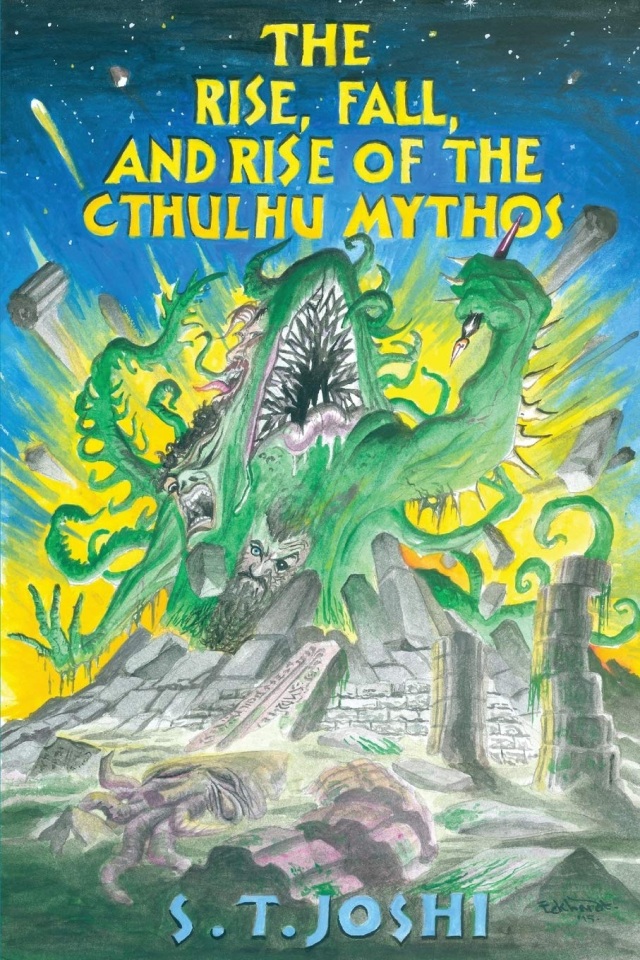 The Rise, Fall, and Rise of the Cthulhu Mythos

In 2008 S. T. Joshi published The Rise and Fall of the Cthulhu Mythos, an exhaustive study of the Cthulhu Mythos as initiated by H. P. Lovecraft and expanded upon by many subsequent writers. Joshi himself confessed to his surprise at finding a substantial amount of superlative Mythos writing in various works written over the years, ranging from Robert Barbour Johnson's "Far Below" (1939) to William Browning Spencer's Resume with Monsters (1995).

In this new edition, extensively revised and expanded, Joshi continues to explore the myriad ways in which writers of all different sorts have elaborated upon the themes, conceptions, and imagery found in Lovecraft‚ writings. This edition includes several new chapters on Mythos novels and tales written over the past two decades. Caitlin R. Kiernan has emerged as a leading author of Lovecraftian fiction, fusing her own distinctive idiom with Lovecraft‚ central motifs to produce work of scintillating vibrancy. Jonathan Thomas, in stories like Tempting Providence‚ and the novel The Color over Occam (2011), has also done outstanding work, as have such diverse writers as Donald Tyson, Ann K. Schwader, Cody Goodfellow, W. H. Pugmire, and many others. Anthologists such as Paula Guran, Stephen Jones, and Joshi himself have enticed some of the best writers of contemporary weird fiction to write original tales employing the Lovecraft idiom, with spectacular results.

So much good Lovecraftian writing is emerging today that Joshi feels justified in retitling his book The Rise, Fall, and Rise of the Cthulhu Mythos.

S. T. Joshi is a leading authority on H. P. Lovecraft and weird fiction. He is the author of I Am Providence: The Life and Times of H. P. Lovecraft (Hippocampus Press, 2010) as well as the critical study Unutterable Horror: A History of Supernatural Fiction (2012). He is the editor of the Lovecraft Annual, the Weird Fiction Review, and Spectral Realms.