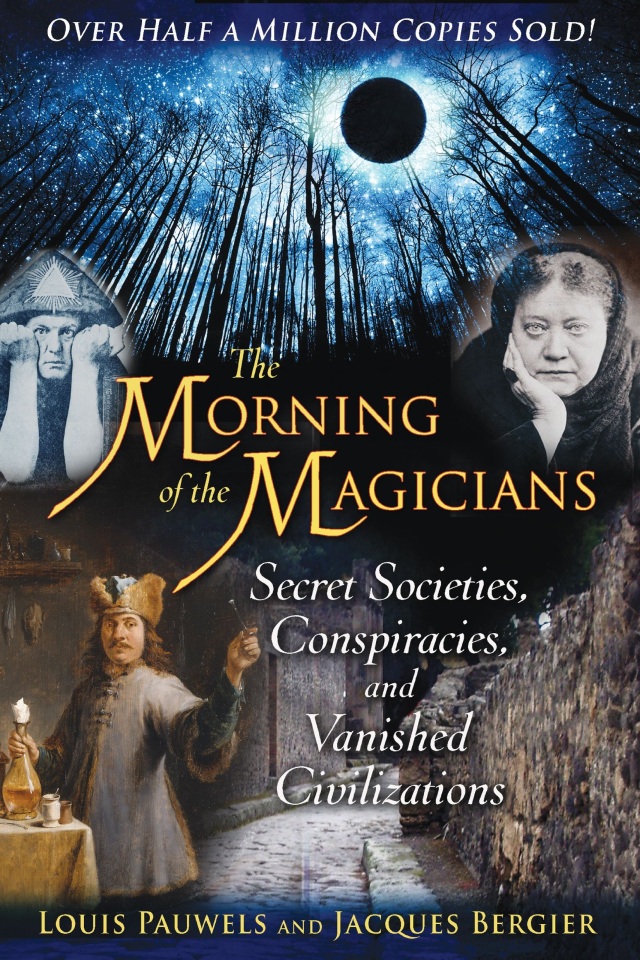 The Morning of the Magicians: Secret Societies, Conspiracies, and Vanished Civilizations

By Louise Pauwels and Jacques Bergier

The groundbreaking and classic study that first popularized occultism, alchemy, and paranormal phenomena in the 1960s

• Provides profound insights into our perceptions of reality, telepathy, mutants, and parallel universes

• Over Half a Million Copies Sold

This groundbreaking, international bestseller, first published in 1960, couples profound insights into the hidden history of humanity and our perceptions of reality with the scientific evidence that supports the existence of paranormal activity, telepathy, and extraterrestrial communications. The first book to explore in depth the Nazi fascination with the occult, Pauwels and Bergier also broke new ground with their study of pyramidology, alchemy and its close kinship with atomic energy, and the possibility of a widespread mutation of humanity that would herald the dawn of a new age for the earth. Their study of secret societies, starting with the Rosicrucians, suggests that such changes are actively being pursued in the present day by a “conspiracy” of the most spiritually and intellectually advanced members of the human race.

The Morning of the Magicians also explores the anomalous events collected by Charles Fort, the work of Gurdjieff, and the history of the mysterious Fulcanelli, who was widely believed to have manufactured the philosopher’s stone--which provided the Nazis the motive for mounting an intensive search for him during their occupation of Paris. Much more than a collection of strange facts defying conventional wisdom, this book remains a sophisticated philosophical exploration of repressed phenomena and hidden histories that asks its readers to look at reality with ever “awakened eyes.”