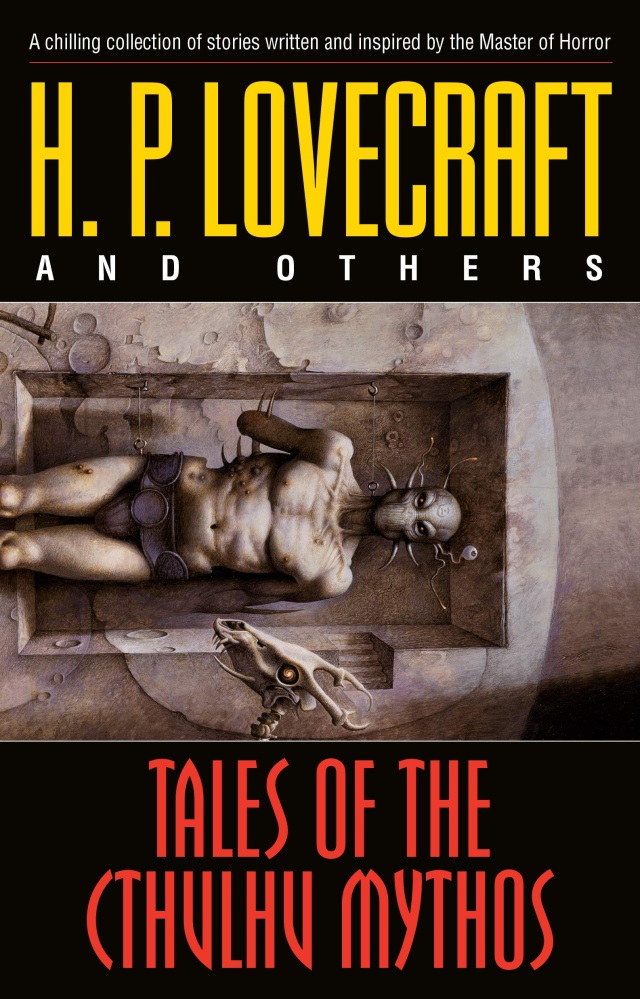 Tales of the Cthulhu Mythos

By H. P. Lovecraft and others

Howard Phillips Lovecraft forever changed the face of horror, fantasy, and science fiction with a remarkable series of stories as influential as the works of Poe, Tolkien, and Edgar Rice Burroughs. His chilling mythology established a gateway between the known universe and an ancient dimension of otherworldly terror, whose unspeakable denizens and monstrous landscapes–dread Cthulhu, Yog-Sothoth, the Plateau of Leng, the Mountains of Madness–have earned him a permanent place in the history of the macabre.

In Tales of the Cthulhu Mythos, a pantheon of horror and fantasy’s finest authors pay tribute to the master of the macabre with a collection of original stories set in the fearsome Lovecraft tradition:

•  The Call of Cthulhu by H. P. Lovecraft: The slumbering monster-gods return to the world of mortals.

•  Notebook Found in a Deserted House by Robert Bloch: A lone farmboy chronicles his last stand against a hungering backwoods evil.

•  Cold Print by Ramsey Campbell: An avid reader of forbidden books finds a treasure trove of deadly volumes–available for a bloodcurdling price.

•  The Freshman by Philip José Farmer: A student of the black arts receives an education in horror at notorious Miskatonic University.

- The Return of the Sorcerer (1931) by Clark Ashton Smith

- The Dweller in Darkness (1944) by August Derleth

- Beyond the Threshold (1941) by August Derleth

- Notebook Found in a Deserted House (1951) by Robert Bloch