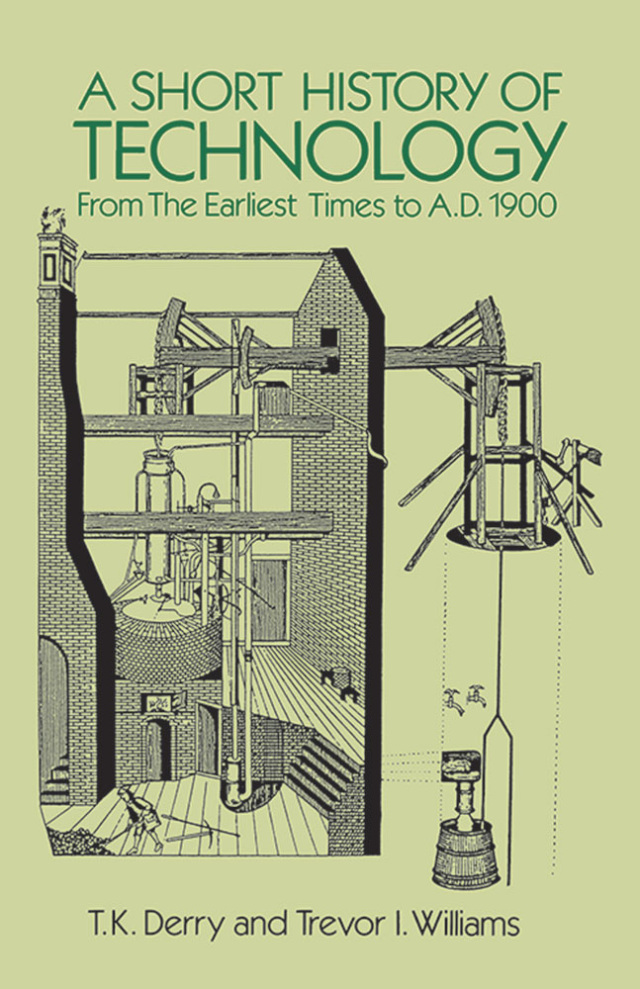 Until the publication of this book, historians had largely neglected the effects of technology on the course of human history. Political, economic, and social factors had long been taken into account, but technological advances were not studied in the context of the history of the ages in which they occurred. It remained for the authors of this readable, profusely illustrated survey to relate technological developments to the history of each epoch.

Chronologically, the text is divided into two parts, the first telling the story up to ca. A.D. 1750 ‚ the beginning of the Industrial Revolution in Britain ‚ and the second continuing it up to 1900. The book begins with a general historical survey of ancient civilizations, then goes on to consider such topics as food production, metalworking, building construction, early sources of power, and the beginning of the chemical industry. The second and lengthier portion of the text focuses on the development of the steam engine, machine tools, modern transport, mining coal and metals, the rise of the modern chemical industry, textiles, the internal combustion engine, electricity, and more.

To help relate the technology to the age, each section is preceded by a historical introduction and the book concludes with a series of tables designed to show the interrelation of events names in the text. Profusely illustrated and brimming with factual data, A Short History of Technology will appeal equally to students, scholars, historians of technology, and general readers.