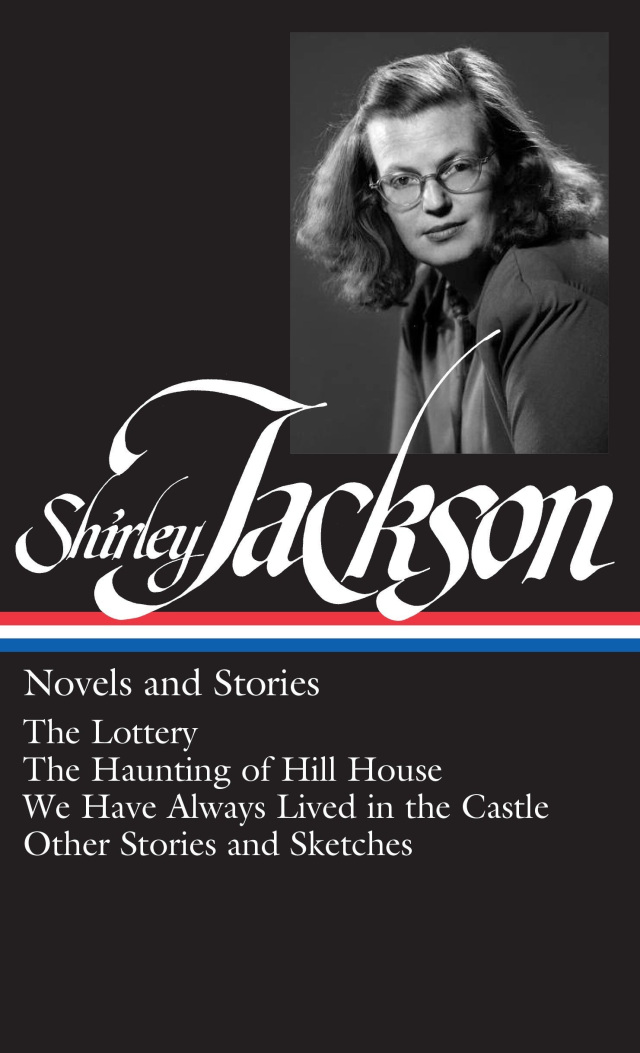 In one volume: The Haunting of Hill House, "The Lottery," and much more, including‚ We Have Always Lived in the Castle, now a major motion picture starring Taissa Farmiga and Sebastian Stan

"The world of Shirley Jackson is eerie and unforgettable," writes A. M. Homes. "It is a place where things are not what they seem; even on a morning that is sunny and clear there is always the threat of darkness looming, of things taking a turn for the worse."

In this Library of America volume, Joyce Carol Oates, our leading practitioner of the contemporary Gothic, presents the essential works of Shirley Jackson, the novels and stories that, from the early 1940s through the mid-1960s, wittily remade the genre of psychological horror for an alienated, postwar America. She opens with The Lottery (1949), Jackson's only collection of short fiction, whose disquieting title story — one of the most widely anthologized tales of the 20th century — has entered American folklore. Also among these early works are "The Daemon Lover," a story Oates praises as "deeper, more mysterious, and more disturbing than 'The Lottery,' " and "Charles," the hilarious sketch that launched Jackson's secondary career as a domestic humorist. Here too are Jackson's masterly short novels: The Haunting of Hill House (1959), the tale of an achingly empathetic young woman chosen by a haunted house to be its new tenant, and We Have Always Lived in the Castle (1962), the unrepentant confessions of Miss Merricat Blackwood, a cunning adolescent who has gone to quite unusual lengths to preserve her ideal of family happiness. Rounding out the volume are 21 other stories and sketches that showcase Jackson in all her many modes, and the essay "Biography of a Story," Jackson's acidly funny account of the public reception of "The Lottery," which provoked more mail from readers of The New Yorker than any contribution before or since.

LIBRARY OF AMERICA is an independent nonprofit cultural organization founded in 1979 to preserve our nation’s literary heritage by publishing, and keeping permanently in print, America’s best and most significant writing. The Library of America series includes more than 300 volumes to date, authoritative editions that average 1,000 pages in length, feature cloth covers, sewn bindings, and ribbon markers, and are printed on premium acid-free paper that will last for centuries.