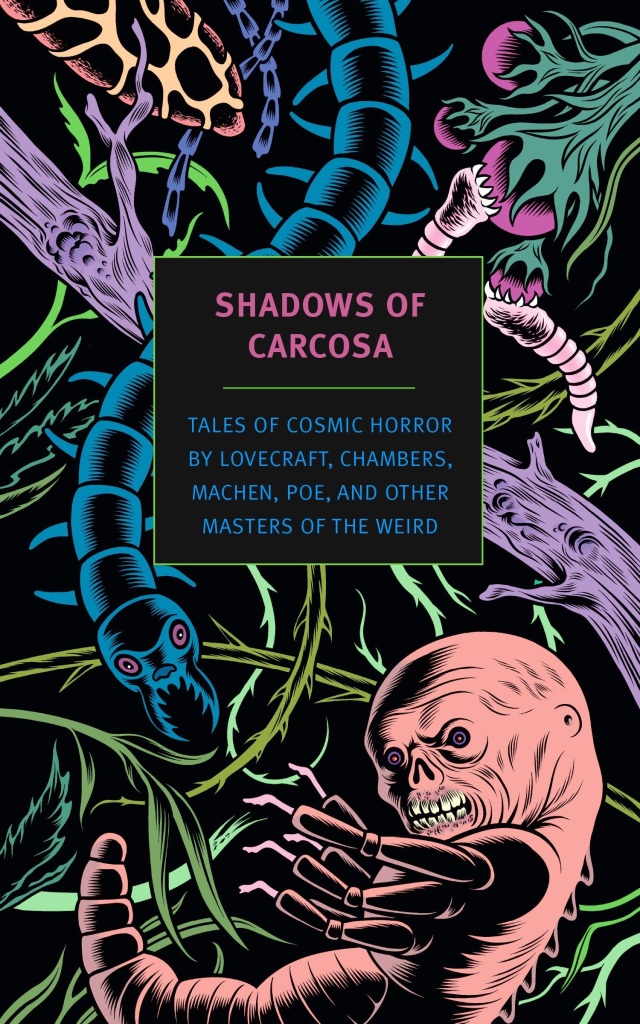 From the fictional land of Carcosa that inspired the HBO show True Detective to H. P. Lovecraft's accursed New England hills, this collection features some of the most legendary landscapes of the cosmic horror genre. The collection includes the following twelve stories:

Ambrose Bierce, “An Inhabitant of Carcosa”

H. P. Lovecraft, “The Colour Out of Space”

“The true weird tale has something more than a secret murder, bloody bones, or a sheeted form clanking chains. An atmosphere of breathless and unexplainable dread of outer, unknown forces must be present; a hint of that most terrible conception of the human brain—a malign and particular suspension or defeat of those fixed laws of Nature which are our only safeguard against the assaults of chaos and the daemons of unplumbed space.” –H. P. Lovecraft