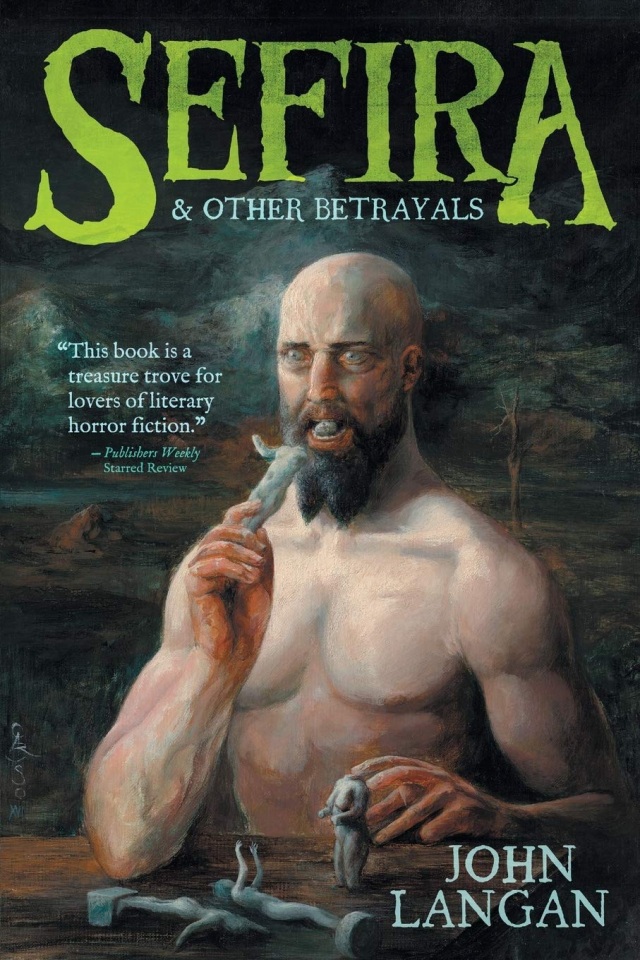 Sefira and Other Betrayals

"This book is a treasure trove for lovers of literary horror fiction."—Publishers Weekly Starred Review

From the award-winning writer of The Fisherman comes a new collection of stories. A pair of disgraced soldiers seek revenge on the man who taught them how to torture. A young lawyer learns the history of the secret that warped her parents’ marriage. A writer arrives at a mansion overlooking the Hudson River to write about the strange paper balloons floating through its grounds. A couple walks a path that shows them their past, present, and terrible future. A woman and her husband discover a cooler on the side of the road whose contents are decidedly unearthly. A man driving cross country has a late-night encounter with a figure claiming to be the Devil. And in the short novel that gives the collection its title, a woman chases a monster in a race against time.

"John Langan’s Sefira and Other Betrayals (Hippocampus), an outstanding collection of horror stories by a literary writer whose work will unnerve you as deeply as Shirley Jackson’s."—Michael Dirda, The Washington Post

"John Langan is a beast of a contemporary horror writer. Sefira and Other Betrayals would be career-defining for some authors. In Langan's case, this is merely his best work this decade."—Laird Barron, author of Black Mountain

﻿John Langan is the author of two novels, The Fisherman and House of Windows, and three collections of stories, Sefira and Other Betrayals, The Wide, Carnivorous Sky and Other Monstrous Geographies, and Mr. Gaunt and Other Uneasy Encounters. The Fisherman won the Bram Stoker and This Is Horror Awards for superior achievement in a novel. With Paul Tremblay, Langan co-edited Creatures: Thirty Years of Monsters. He's one of the founders of the Shirley Jackson Awards, for which he served as a juror during its first three years. Currently, he reviews horror and dark fantasy for Locus magazine.