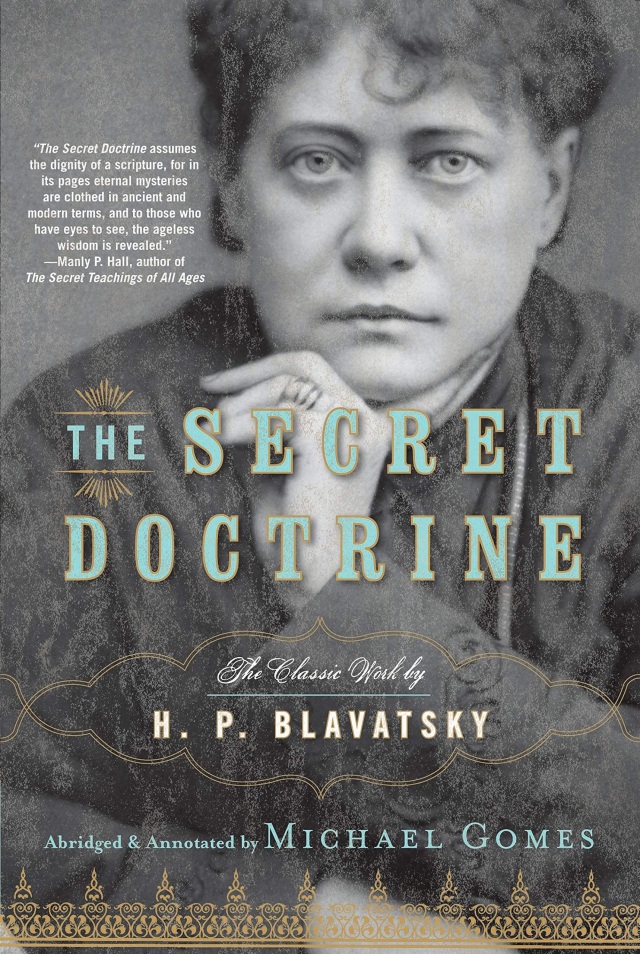 Madame Blavatsky's Victorian-era masterpiece is now scaled down to its essentials, providing the most readable, accessible experience ever of one of history's seminal occult works. The Secret Doctrine, Helena Petrovna Blavatsky's masterwork on the origin and evolution of the universe and humanity itself, is arguably the most famous, and perhaps the most influential, occult book ever written.

Published since 1888 only in expensive, two-volume editions of some 1,400 pages, it has long eluded the grasp of modern readers- until now. This single-volume edition, abridged and annotated by historian and Theosophical scholar Michael Gomes, places the ideas of The Secret Doctrine within reach of all who are curious. In particular, Gomes provides a critical sounding of the book's famous stanzas on the genesis of life and the cosmos- mysterious passages that Blavatsky said originated from a primeval source and which form the heart of The Secret Doctrine. Gomes scrupulously scales down the book's key writings on symbolism to their essentials, and offers notes and a glossary to illuminate arcane references. His historical and literary introduction casts new light on some of the book's sources and on the career of its brilliant and elusive author, one of the most intriguing personages of the nineteenth century. At once compact and representative of the work as a whole, this new edition of The Secret Doctrine brings unprecedented accessibility to the key esoteric classic of the modern era.

"The Secret Doctrine assumes the dignity of a scripture, for in its pages eternal mysteries are clothed in ancient and modern terms, and to those who have eyes to see, the ageless wisdom is revealed." --Manly P. Hall, author of The Secret Teachings of All Ages

Helena Petrovna Blavatsky (1831-1891) was the cofounder of the Theosophical Society. A world-famous figure of mystery and controversy and a leading intellect behind the occult revival in the West, Blavatsky published The Secret Doctrine in 1888 as her magnum opus. Michael Gomes is a historian, author, and the librarian at the New York Lodge of the Theosophical Society. He is one of today's most respected writers on esoteric movements, as well known to readers of occult and esoteric literature as to students and scholars of modern religion.