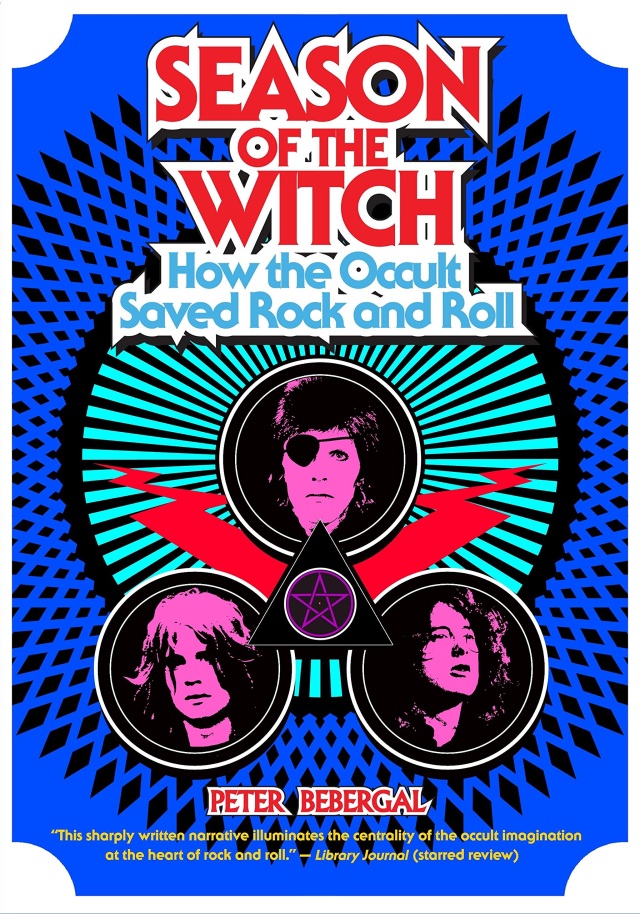 Season of the Witch: How the Occult Saved Rock and Roll

This epic cultural and historical odyssey unearths the full influence of occult traditions on rock and roll -- from the Beatles to Black Sabbath -- and shows how the marriage between mysticism and music changed our world.

With vivid storytelling and laser-sharp analysis, writer and critic Peter Bebergal illuminates¨‚this web of influences to produce the definitive work on how the occult shaped -- and saved -- popular music. As Bebergal explains, occult and mystical ideals gave rock and roll its heart and purpose, making rock into more than just backbeat music, but into a cultural revolution of political, spiritual, sexual, and social liberation.

"A fascinating thesis reflecting the time when everyone seemed to give rock and roll the status of, if not a religion, then certainly that of a spiritual belief system. Peter Bebergal's Season of the Witch brought it all back. It's an absorbing read deserving an important place in rock literature." --Michael Moorcock

"Rather than turning in either a fanboyish rhapsody or a scholarly dissertation, he treads the line between those approaches. The result is passionate, informed, gripping and at times wonderfully lyrical." --NPR

"This sharply written narrative illuminates the centrality of the occult imagination at the heart of rock and roll." -- Library Journal

"Kudos to Bebergal for taming the wily spirits of rock long enough to capture their essence in this fascinating book. Perhaps more impressive is the book's comprehensiveness — from Delta blues to beatnik bluster to acid evangelists to metal overlords, Season of the Witch puts the hellfire in highbrow." --The Contrarian

"From grimoires to topographic oceans, from heavy metal to hip-hop, Peter Bebergal tracks the Mysteries through half a century of popular music (and some underground noise as well). At once an overview of rock's mystic rebellions and a handy primer on modern esoterica, Season of the Witch suggests that we may need to round out the trinity of sex, drugs, and rock' n' roll with an additional deity: the occult, another primal portal to a re-enchanted world." --Erik Davis, author of Led Zeppelin IV and Nomad Codes: Adventures in Modern Esoterica

"Told with clear-eyed scholarship and delectable anecdotes, Peter Bebergal's mind-expanding occult history opened my third eye to Rock and; Roll's awesome power over human behavior. Rock and; Roll will never sound the same to me again, and I'm glad about it." --Mark Frauenfelder, founder of Boing Boing

"Anyone seeking shocking tales of demonic rock‚n‚roll would be best served looking elsewhere, but for someone interested in the interplay between music, culture and spirituality, Season Of The Witch is a revelatory and fascinating grimoire." --Record Collector

"A must-read for anyone who prefers their music loud, riff-driven, and loaded with lyrics about Satan, wizards, and mystical quests." --Cheryl Eddy, io9.com

Author Peter Bebergal writes widely on the speculative and slightly fringe. His recent essays and reviews have appeared in NewYorker.com, The Times Literary Supplement, Boing Boing, The Believer, and The Quietus. He is the author of Too Much to Dream: A Psychedelic American Boyhood and The Faith Between Us: A Jew and a Catholic Search for the Meaning of God (with Scott Korb). Bebergal studied religion and culture at Harvard Divinity School, and lives in Cambridge, Massachusetts.