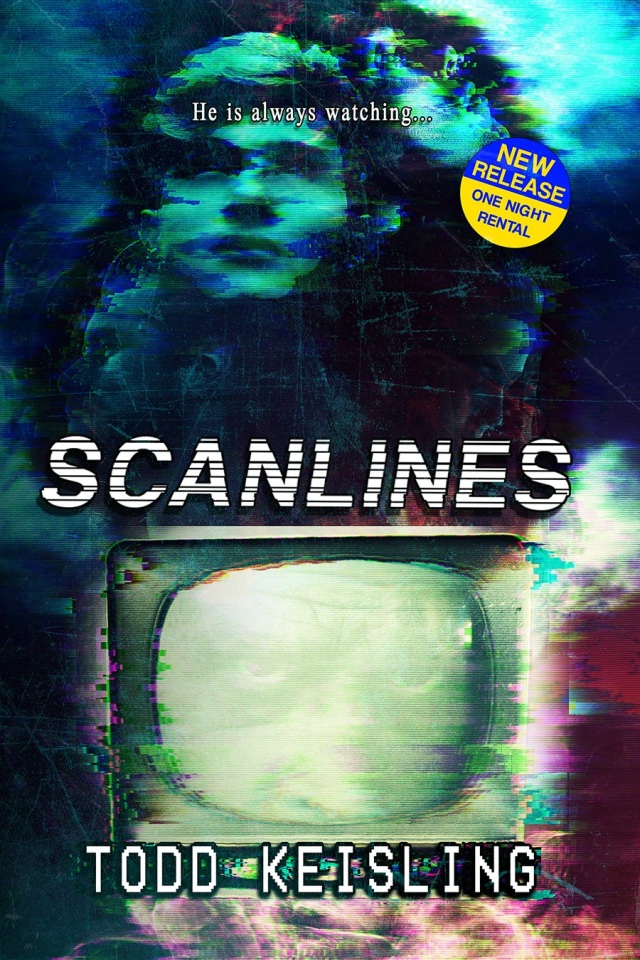 Todd Keisling (Devil’s Creek, The Final Reconciliation, Ugly Little things; Collected Horrors) is a writer and designer of the horrific and strange, and this chapbook is both. Todd wrote the dark and chilling story and also did the great art (including two grayscale interior illustrations) and cover design. Speaking of the story…

In 1987, Congressman Benjamin Hardy III died by suicide on live television amidst accusations of political corruption. Years later, rumors of a recording surfaced among VHS trading groups and urban legend chat rooms. Dubbed the “Duncan Tape,” after the deceased cameraman who attempted to sell the video, the rumors allege that anyone who watches the tape is driven to suicide.

Or so the story goes. In truth, no one has ever seen the supposed Duncan Tape, presumably because it doesn’t exist. It’s a ghost story perpetuated on the forums and chat rooms of the internet, another handful of bytes scattered across the Information Superhighway at blistering 56K modem speeds.

Todd Keisling is a writer and designer of the horrific and strange. He is an author of several books, including Devil’s Creek, The Final Reconciliation, and Ugly Little Things: Collected Horrors, among other shorter works. A pair of his earlier works were recipients of the University of Kentucky’s Oswald Research & Creativity Prize for Creative Writing (2002 and 2005), and his second novel, The Liminal Man, was a finalist for the Indie Book Award in Horror & Suspense (2013).