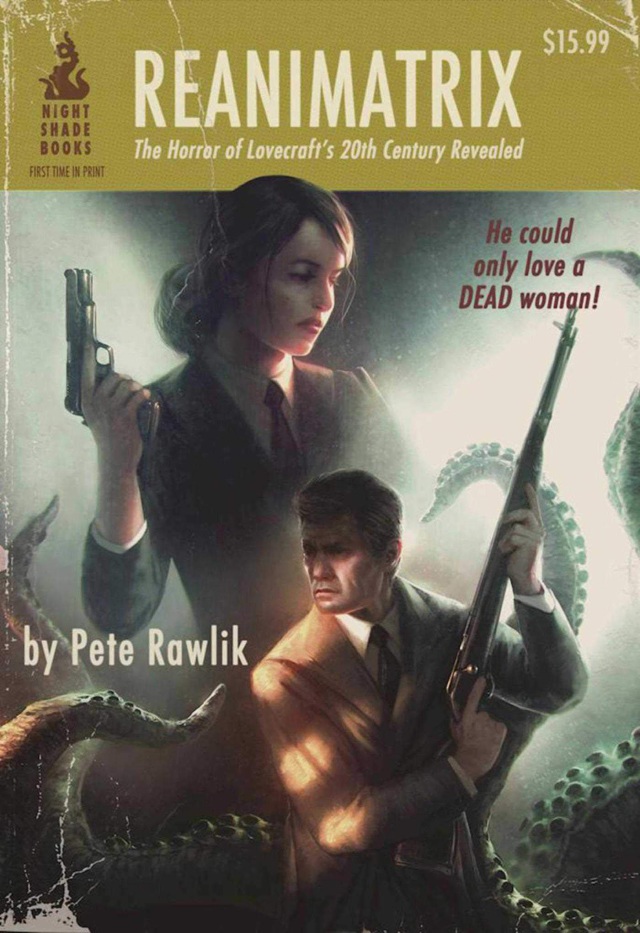 An obsessed detective on the trail on a murdered young woman finds more than he bargained for in this tale of hard-boiled cosmic horror, an inventive mash-up of the pulp detective story and Lovecraftian terror. Some say the war drove Robert Peaslee mad. Others suggest that given what happened to his father, madness was inevitable. He's spent years trying to forget the monsters that haunt his dreams, but now has returned to witch-haunted Arkham to do the only job that he's qualified for, handling the crimes other cops would prefer to never talk about. He's the hero Arkham doesn't even know it has.

Megan Halsey is dead, her body missing. She might have been one of the richest young women in Arkham, but all that money couldn't make her happy. Word on the street is that her mother split a long time ago, and Megan had spent a lot of her money trying to find her. Peaslee soon becomes obsessed with the murdered Megan. Retracing the steps of her own investigation, traveling from Arkham to Dunwich, and even to the outskirts of Innsmouth, he will learn more about Megan and Arkham than he should, and discover things about himself that he'd tried to bury.

It's 1928, and in the Miskatonic River Valley, women give birth to monsters. and gods walk the hills. Robert Peaslee will soon learn the hard way that some things are better left undead.

"Rawlik takes the epistolary form through turns alternately weird, witty, and sexy in this tale of abomination and obsession, giving readers a lively romp through Lovecraft country that will leave fans of the genre hungry for more. Even better, Megan Halsey-Griffith is the anti-heroine you don't want to just read about, you want to be." — Wendy N. Wagner, author of Starspawn and Skinwalkers

"Creating original work that pays homage to the classics without sliding into slavish imitation is a tightrope act, and one that Pete Rawlik pulls off with aplomb in Reanimatrix." — Orrin Grey, author of Painted Monsters & Other Strange Beasts

"Rawlik takes readers on a kaleidoscopic terror ride . . . Lovecraft connoisseurs will find much to love in this frequently gruesome and, at times, quite racy tale." — Publishers Weekly

"Blew even my vague early expectations away . . . It's fun, it's sly, it's clever. I was reminded of The League of Extraordinary Gentlemen." – The Horror Fiction Review

"I loved the detective noir style and the Lovecraftian horror element of this book." — San Francisco Book Review

Author Pete Rawlik has been active in all things Lovecraftian since his father read him "The Rats in the Walls‚" when he was a child as a bedtime story. For more than two decades he has run Dead Ink, selling rare and unusual books. Rawlik's fiction has appeared in numerous magazine and anthologies. His two novels, Reanimators and The Weird Company, were both published by Night Shade Books.