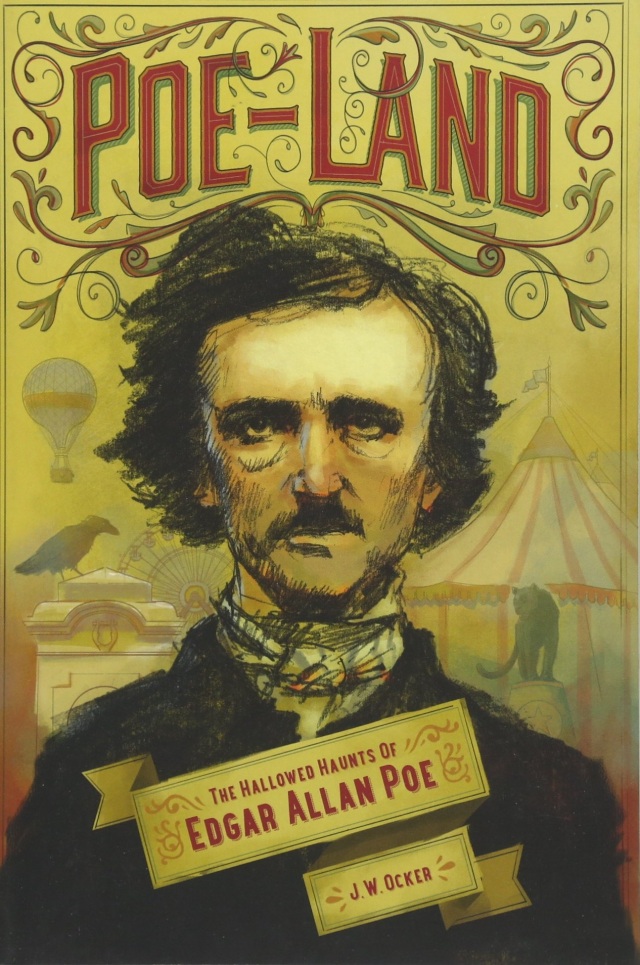 Follow the footsteps of the father of American horror fiction!

Edgar Allan Poe was an oddity. His life was odd, his literature is odd, his legacy is odd. Actually, his legacy is the oddest part about him. In Poe-Land: The Hallowed Haunts of Edgar Allan Poe, J. W. Ocker explores Poe's strange physical legacy along the East Coast and across the ocean by touring Poe's homes, examining artifacts from his life--locks of his hair, pieces of his coffin, original manuscripts, the bed where his wife died--and traveling to the many memorials dedicated to Edgar Allan Poe.

Along the way, Ocker meets Poe fans from a range of backgrounds and professions--actors, museum managers, collectors, writers, professors, businessmen, sculptors, historians--who have dedicated some part of their lives to Poe and his legacy. Poe-Land is a unique travel diary that follows the afterlife of the poet, author, and critic who invented detective fiction, advanced the emerging genre of science fiction, and elevated the horror genre.

Author J. W. Ocker is the author of two award-winning macabre travelogues, The New England Grimpendium and The New York Grimpendium. He runs the website OTIS: Odd Things I've Seen (oddthingsiveseen.com), where he chronicles his visits to oddities of nature, history, art, and culture. His work has appeared on CNN.com, TheAtlantic.com, Rue Morgue magazine, The Boston Globe, and other places people stick writing.