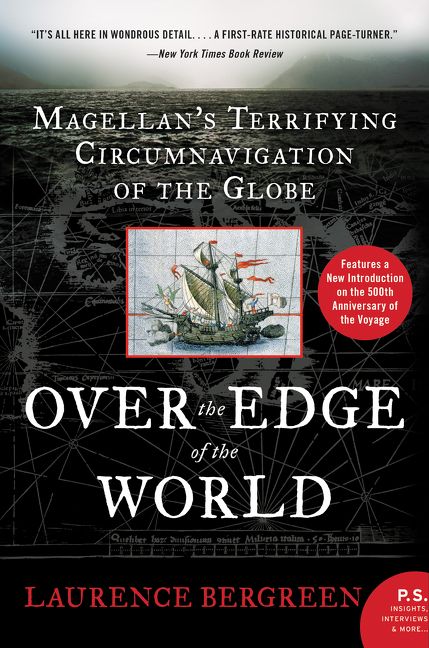 Ferdinand Magellan's daring circumnavigation of the globe in the sixteenth century was a three-year odyssey filled with sex, violence, and amazing adventure. Now in Over the Edge of the World, prize-winning biographer and journalist Laurence Bergreen entwines a variety of candid, firsthand accounts, bringing to life this groundbreaking and majestic tale of discovery that changed both the way explorers would henceforth navigate the oceans and history itself. Now updated to include a new introduction commemorating the 500th anniversary of Magellan's voyage.

In 1519, Ferdinand Magellan, armed with five ships and about 260 men, set sail from Spain in search of a water route to the West Indies. Despite suffering starvation, disease, torture, and death, they discovered the passageway known today as the Strait of Magellan. In the masterful telling of award-winning historian Laurence Bergreen, one of the most epic voyages of the age of exploration comes to life.

Author Laurence Bergreen is the author of four biographies, each considered the definitive work on its subject: Louis Armstrong: An Extravagant Life, Capone: The Man and the Era, As Thousands Cheer: The Life of Irving Berlin, and Voyage to Mars: NASA's Search for Life Beyond Earth. A graduate of Harvard University, he lives in New York City.