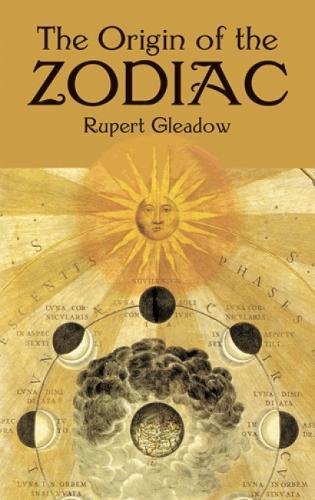 The Origin of the Zodiac

Those born under the sign of Cancer are generally said to be super-sensitive and to have the capacity to heal others. Scorpios, on the other hand, are often described as manipulative and secretive. Both these signs are a part of the zodiac, an imaginary belt in the heavens divided into 12 equal parts — each named for a different constellation. An early attempt to devise a calendar based on observation, the zodiac was not originally created for superstitious purposes. Over the centuries, though, astrologers and others have come to believe that the position of the sum, moon, and stars within the zodiac affects human affairs and can be used to foretell the future. In this lively account of the birth and growth of astrology, a well-known scholar and practicing astrologist examined the nature, philosophy, and mythology of the zodiac in the ancient cultures of Mexico, Tibet, China, India, Greece, Rome, Babylon, and Egypt.

Taking an objective position between skepticism and belief, Mr. Gleadow explored the controversy between those using the tropical zodiac (measured from the sun's spring equinox) and those who favor the sidereal or constellation zodiac. The text is enlivened by many anecdotes, illustrations, and tables, including lists of Chinese hsiu, Indian nakshatras, and Egyptian decans (all groups or clusters of stars that may form a constellation). Also included is an intriguing chapter on zodiacal gems and birthstones, as well as an extensive bibliography and detailed notes on sources. Absorbing and well researched, The Origin of the Zodiac will appeal to students, scholars, New Agers, and anyone interested in the long and colorful history of the zodiac and its role in human affairs.