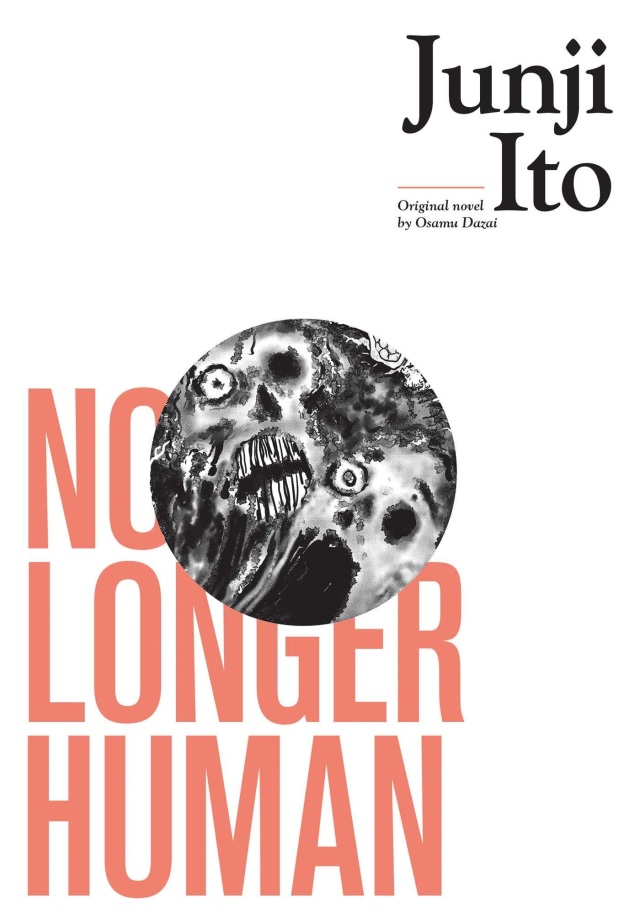 Nothing can surpass the terror of the human psyche.

Mine has been a life of much shame.

I can't even guess myself what it must be to live the life of a human being.

Plagued by a maddening anxiety, the terrible disconnect between his own concept of happiness and the joy of the rest of the world, Yozo Oba plays the clown in his dissolute life, holding up a mask for those around him as he spirals ever downward, locked arm-in-arm with death.

Osamu Dazai’s immortal—and supposedly autobiographical—work of Japanese literature, is perfectly adapted here into a manga by Junji Ito. The imagery wrenches open the text of the novel one line at a time to sublimate Yozo’s mental landscape into something even more delicate and grotesque. This is the ultimate in art by Ito, proof that nothing can surpass the terror of the human psyche.

Author Junji Ito made his professional manga debut in 1987 and since then has gone on to be recognized as one of the greatest contemporary artists working in the horror genre. His titles include Tomie and Uzumaki, which have been adapted into live-action films; Gyo, which was adapted into an animated film; his short story collections Fragments of Horror, Shiver, and Frankenstein. Ito's influences include classic horror manga artists Kazuo Umezu and Hideshi Hino, as well as authors Yasutaka Tsutsui and H. P. Lovecraft.

Osamu Dazai was born in Aomori, Northern Japan, in 1909, the son of a wealthy landowning family. During his boyhood and youth, he wrestled with his own complicated mental state and eventually dropped out of Tokyo Imperial University's French Literature Department. He went on to pen a number of important works, including Run, Melos!, Return to Tsugaru, and The Setting Sun, becoming one of the leading voices in contemporary literature, even while he struggled with drug addiction and attempted suicide on multiple occasions. In June 1948, one month after completing No Longer Human, considered by some to have been his own suicide note, he drowned himself with his lover Tomie Yamazaki in the Tamagawa Canal in Mitaka, Tokyo. He was 38.