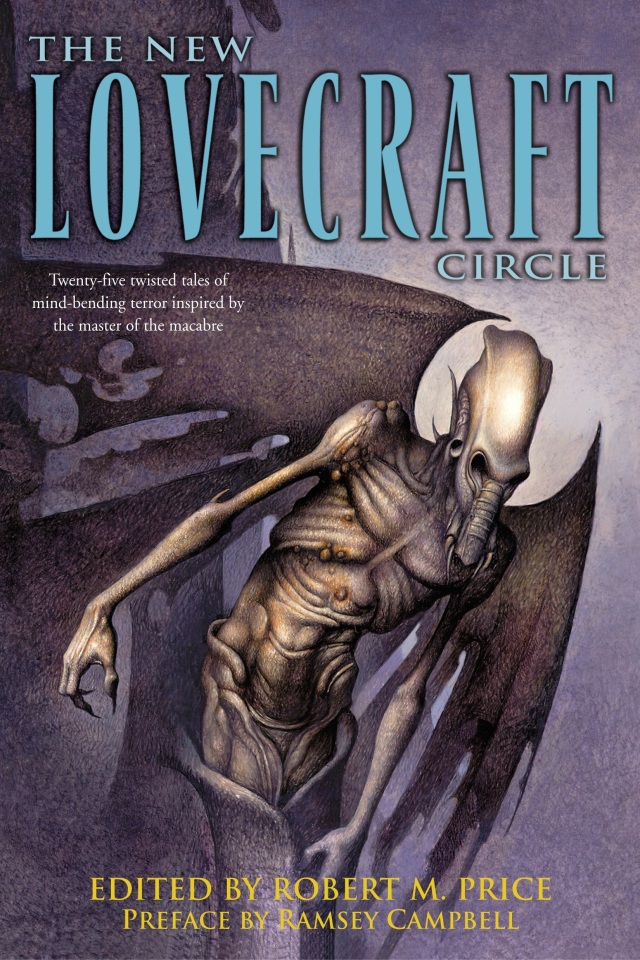 THE HORROR ON THE BEACH by Alan Dean Foster: Along the coast of Santa Barbara, the mighty Pacific Ocean can no longer contain, or conceal, an ancient, insatiable evil stirring in its depths.

THE KISS OF BUGG-SHASH by Brian Lumley: It mattered not how innocent the students‚ motives seemed; the demon had been summoned, and the price had to be paid, every last red drop of it.

THE FISHERS FROM OUTSIDE by Lin Carter: A man obsessed with unlocking the secrets of a race older than time would not be disappointed, doomed perhaps, devoured possibly, but definitely not disappointed.

AND TWENTY-ONE MORE TALES OF FEAR . . .THE STONE ON THE ISLAND by Ramsey Campbell

THE STATEMENT OF ONE JOHN GIBSON by Brian Lumley

THE DOOM OF YAKTHOOB by Lin Carter THE KEEPER OF THE FLAME by Gary Myers DEAD GIVEAWAY by J. Vernon Shea THOSE WHO WAIT by James Wade THE KEEPER OF DARK POINT by John Glasby THE BLACK MIRROR by John Glasby I‚VE COME TO TALK WITH YOU AGAIN by Karl Edward Wagner THE HOWLER IN THE DARK by Richard L. Tierney THE WHISPERERS by Richard A. Lupoff LIGHTS! CAMERA! SHUB-NIGGURATH! by Richard A. Lupoff SAUCERS FROM YADDITH by Robert M. Price VASTARIEN by Thomas Ligotti THE MADNESS OUT OF SPACE by Peter H. Cannon ALIAH WARDEN by Roger John