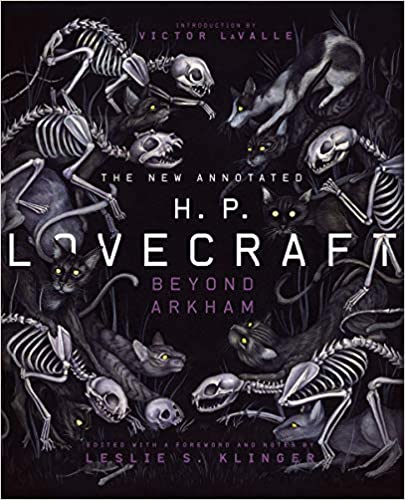 No lover of gothic literature will want to be without this literary keepsake, the final volume of Leslie Klinger's tour-de-force chronicle of Lovecraft's canon. In 2014, The New Annotated H. P. Lovecraft was published to widespread acclaim, vaunted as a "treasure trove" (Joyce Carol Oates) for Lovecraft aficionados and general readers, alike. Hailed by Harlan Ellison as an "Olympian landmark of modern gothic literature," the volume included twenty-two of Lovecraft's original stories.

Now, in this final volume, best-selling author Leslie S. Klinger reanimates twenty-five additional stories, the balance of Lovecraft's significant fiction, including "Rats in the Wall," a post-World War I story about the terrors of the past, and the newly contextualized "The Horror at Red Hook," which recently has been adapted by best-selling novelist Victor LaValle. In following Lovecraft's own literary trajectory, readers can witness his evolution from Rhode Island critic to prescient literary genius whose titanic influence would only be appreciated decades after his death.

Including hundreds of eye-opening annotations and dozens of rare images, Beyond Arkham finally provides the complete picture of Lovecraft's unparalleled achievements in fiction. 200 illustrations

"If I'd had Leslie S. Klinger as my guide, I would have been better equipped to navigate the peculiarities of the Lovecraftian universe. Klinger's depth of knowledge about the world Lovecraft inhabited, and his ability to tease out shades of Lovecraft's personal experiences in the stories, make this volume the most exciting and definitive collection of Lovecraft's work out there." - Danielle Trussoni, New York Times Book Review

H. P. Lovecraft (1890 - 937) is regarded as the leading twentieth-century American author of supernatural fiction. Leslie S. Klinger is the editor of numerous books, including the best-selling The New Annotated Sherlock Holmes, The New Annotated Dracula, and The New Annotated H. P. Lovecraft. He lives in Malibu, California. Victor LaValle is the author of The Changeling and The Ballad of Black Tom, among many other books. He has been the recipient of numerous awards, including a Whiting Writers' Award, a Guggenheim Fellowship, a Shirley Jackson Award, and an American Book Award.