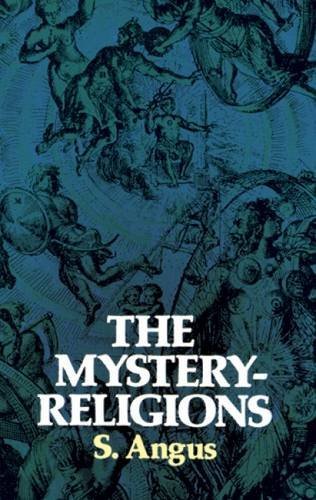 What is the strange fascination of the Mystery-Religions for the ancient world and today, some 2,000 years later, for moderns? Why are these colorful ancient cults so little known, all information about them suppressed or distorted by centuries of official religion in Europe? What did these ancient beliefs have that exacted the respect of Socrates, Plato, Virgil, Apuleius, and other great men of the classical age? Was the religion that stamped them out, Christianity, itself originally a Mystery-Religion, with secret teachings that only initiates could comprehend and psychological techniques not generally revealed?

This volume, generally considered the most useful single work in English on the subject, attempts to answer such questions, while at the same time offering a sound, solid background in the various forms of religious experience that are grouped together under the term Mystery-Religions. From the Eleusinian mysteries of ancient Greece through the Asiatic cults of Cybele, the Magna Mater, and Attis; the strange rompings of the Dionysian groups; Orphics with their impact on Greek philosophy; the Mysteries emergent from Egypt ‚ Hermes Trismegistos, the Pymander, Isis, and Osiris; on up to the religion that swept the Near East and Europe, carried by the Roman legions, and that almost became central for us today‚ Mithraism.

Each of these religions offered something to its devotees that the older ethnic and state religions could not: a sense of the value of the individual; heightened areas of experience, even to the manipulations of sensory experience; psychological insights that are only now being appreciated. Yet they all died out within a couple of centuries of the Christian era, Gnosticism (apart from a few vestigial groups in the Near East and Europe) subsuming their heritage last.