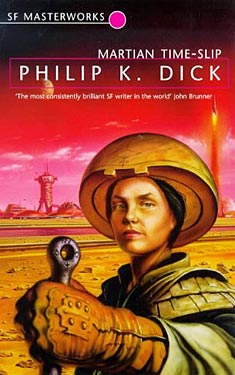 Mars is a desolate world. Largely forgotten by Earth, the planet remains helpless in the stranglehold of Arnie Kott, who as boss of the plumbers union has a monopoly over the vital water supply. Arnie Kott is obsessed by the past; the native Bleekmen, poverty-stricken wanderers, can see into the future; while to Manfred, an autistic boy, time apparently stops. When one of the colonists, Norbert Steiner, commits suicide, the repercussions are startling and bizarre.

"The most consistently brilliant SF writer in the world" - John Brunner

"He was the funniest SF writer of his time, and perhaps the most terrifying." - Encyclopedia of Science Fiction