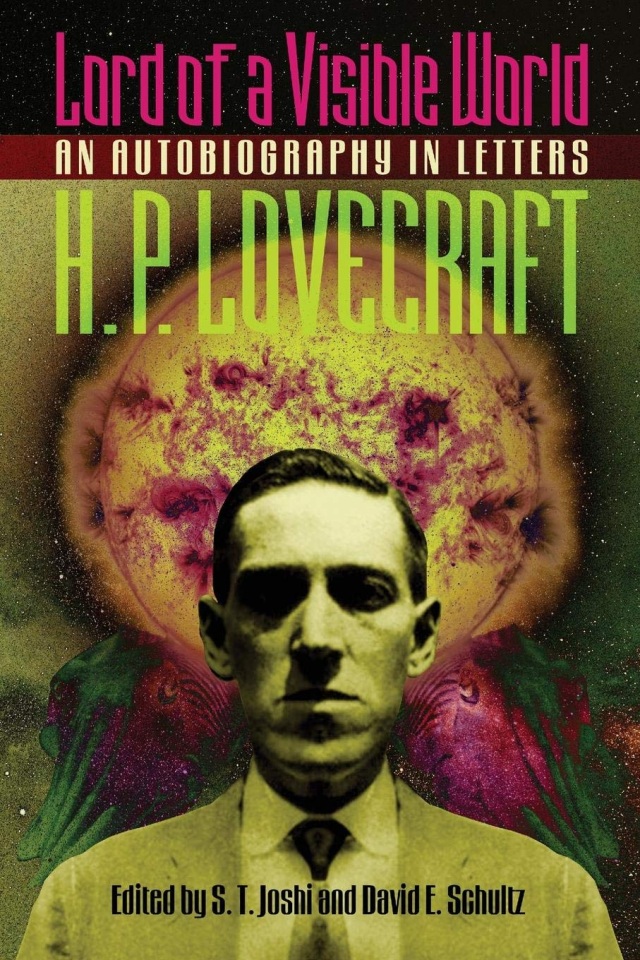 Lord of a Visible World: An Autobiography in Letters

H. P. Lovecraft’s letters are among the most remarkable literary documents of their time, and they are a major reason why he has become such an icon in contemporary culture.

In this new edition, the editors have updated all references to current editions of his work and also exhaustively revised their notes and commentary.

Lovecraft wrote tens of thousands of letters, some of them of great length; but more than that, these letters are incredibly revelatory in the depth of detail they provide for all aspects of his life, work, and thought.

This volume, first published in 2000, assembles generous extracts of Lovecraft’s letters covering the entirety of his life, from childhood until his death. He tells of his youthful interests (poetry, Greco-Roman mythology, science), his childhood friends, and the “blank” period of 1908–13, after he dropped out of high school. He emerged from his hermitry in 1914 by joining the amateur journalism movement, where he became a leading figure and was involved in numerous literary and personal controversies.

In 1921 Lovecraft became acquainted with Sonia Greene, whom he would marry in 1924. By that time, he had begun publishing in the pulp magazine Weird Tales. But his marriage was a failure: living in New York, he was unable find a job and found the teeming city so different from the tranquility of his native Providence, R.I. Returning home in 1926, he embarked on a tremendous literary outburst, and over the next ten years wrote many of the stories that have ensured his literary immortality.

Lord of a Visible World is a riveting compilation that not only paints a full portrait of Lovecraft’s life, writings, and philosophical beliefs, but features the piquant and engaging prose characteristic of his letters.