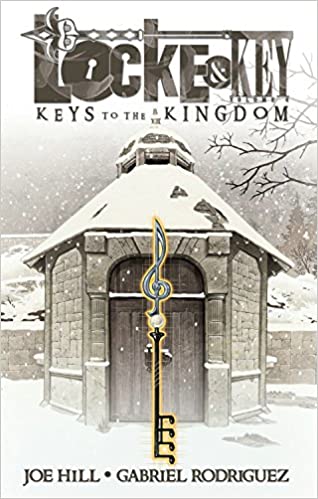 Locke and Key Volume 4: Keys to the Kingdom

The Locke children have grown accustomed to the myriad magical keys discovered within the ancestral family home of Keyhouse. The have also grown accustomed to tragedy. What they may not be prepared for is just how closely danger stalks their every move as Lucas "Dodge" Caravaggio, alias Zack Wells, continues his relentless quest for the key to the black door. New keys and old specters join the story as innocence is lost and determination is forged in this collection ofJoe HillandGabriel Rodriguez'sLocke and; Key: Keys to the Kingdom.

Winner of the 2011 Eisner Award for Best Writer.

"Whenever I encounter someone looking for recommendations on comics to read, Locke and; Key is always on the top of my list of suggestions."