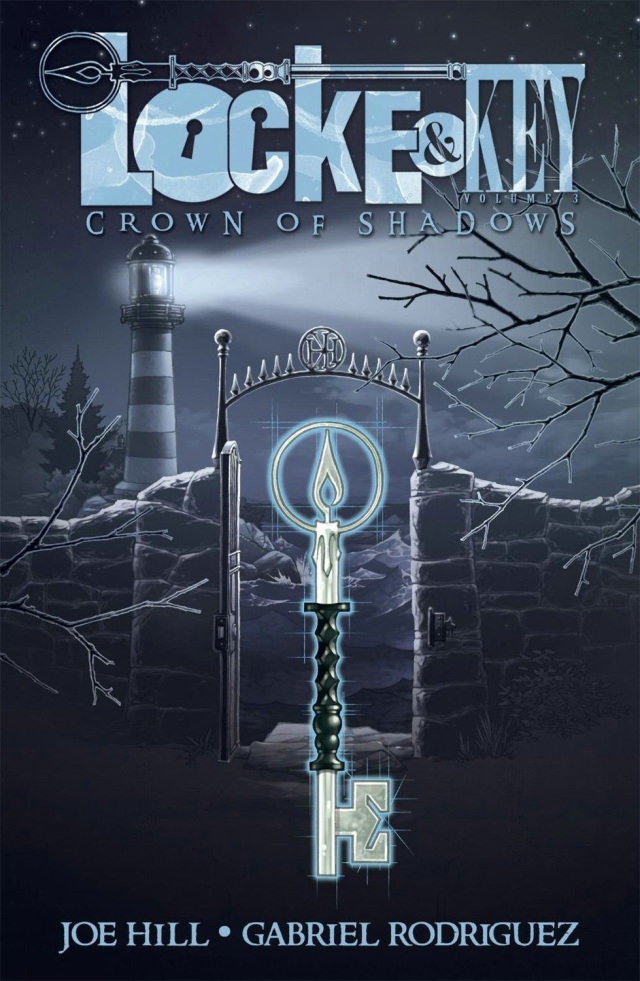 The dead plot against the living, the darkness closes in on Keyhouse, and a woman is shattered beyond repair in the third storyline of the award-winning series, Locke and; Key: Crown of Shadows. Dodge continues his relentless quest to find the key to the black door, and raises an army of shadows to wipe out anyone who might get in his way. Surrounded and outnumbered, the Locke children find themselves fighting a desperate battle, all alone, in a world where the night itself has become the enemy.

Crown of Shadows features an introduction by Brian K. Vaughan¨‚( Saga). Winner of the 2011 Eisner Award for Best Writer. Review "The characters, the setting (complimented by the always gorgeous Gabriel Rodriguez¨‚art), the mystery, the intrigue, everything all presented and balanced so deftly that it almost hurts." ‚ Ain't It Cool News"In case my past reviews didn't praise him enough, let me reiterate that Gabriel Rodriguez¨‚is a master storyteller. As such, Hill¨‚once again illustrates complete faith in Rodriguez's ability to show the reader everything they need in order to piece the story together."