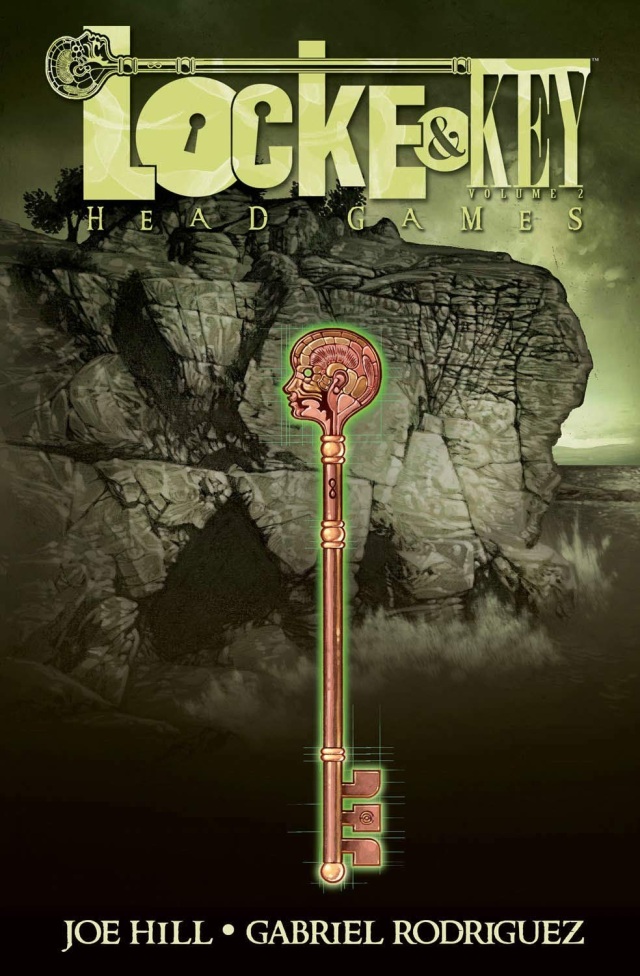 New York Times bestselling writer Joe Hill and artist Gabriel Rodriguez, the creators behind the acclaimed Locke & Key: Welcome to Lovecraft, return with the next chapter in the ongoing tale, Head Games. Following a shocking death that dredges up memories of their father's murder, Kinsey and Tyler Locke are thrown into choppy emotional waters, and turn to their new friend, Zack Wells, for support, little suspecting Zack's dark secret. Meanwhile, six-year-old Bode Locke tries to puzzle out the secret of the head key, and Uncle Duncan is jarred into the past by a disturbingly familiar face. Open your mind - the head games are just getting started!

Review "A helluva comic... Locke & Key: Head Games picks up where Joe Hill and Gabriel Rodriguez's last series left off... [and] you will not find a better single blend of stoytelling and artwork..." - Blair Butler, G4

"Not only has Joe Hill kept the Locke & Key franchise fresh throughout this second series, but at its end, Head Games actually trumps the initial stories in just about every way... Gabriel Rodriguez contnues to assert himself as one of the prmiere horror artists in the industry." - IGN

"With each and every issue, this series just keeps adding layers to a story that is already full of charm and perplexity and character - not to mention gorgeous art - that easily puts it in a league of its own... if only all comics could so completely transport their readers as readily and deftly as Hill and company with this book..." - Ain't It Cool News

Author Joe Hill is the #1 New York Times bestselling author of Full Throttle, The Fireman, Heart-Shaped Box, and NOS4A2, recently made into a TV series from AMC. His horror novella In the Tall Grass, co-written with Stephen King, was made into a feature film from Netflix. His book of short stories, 20th Century Ghosts, won the Bram Stoker Award and British Fantasy Award for Best Collection. He earned the Eisner Award for Best Writer for his long-running comic book series, Locke & Key, featuring the eye-popping art of Gabriel Rodriguez.

Born in Santiago, Chile, Gabriel Rodriguez began working as an illustrator in the late 90s and in 2002 started drawing books for IDW Publishing, including CSI, George Romero's Land of the Dead, and Beowulf, among others. In 2007, he co-created the award-winning series Locke & Key with Joe Hill. He continued developing other creator-owned projects: the Eisner-winning Little Nemo: Return to Slumberland, with Eric Shanower; Sword of Ages; and the gritty sci-fi adventure Onyx, with Chris Ryall. In 2019, he partnered with Hill once again for two new Locke & Key stories, Dog Days, and Nailed It.