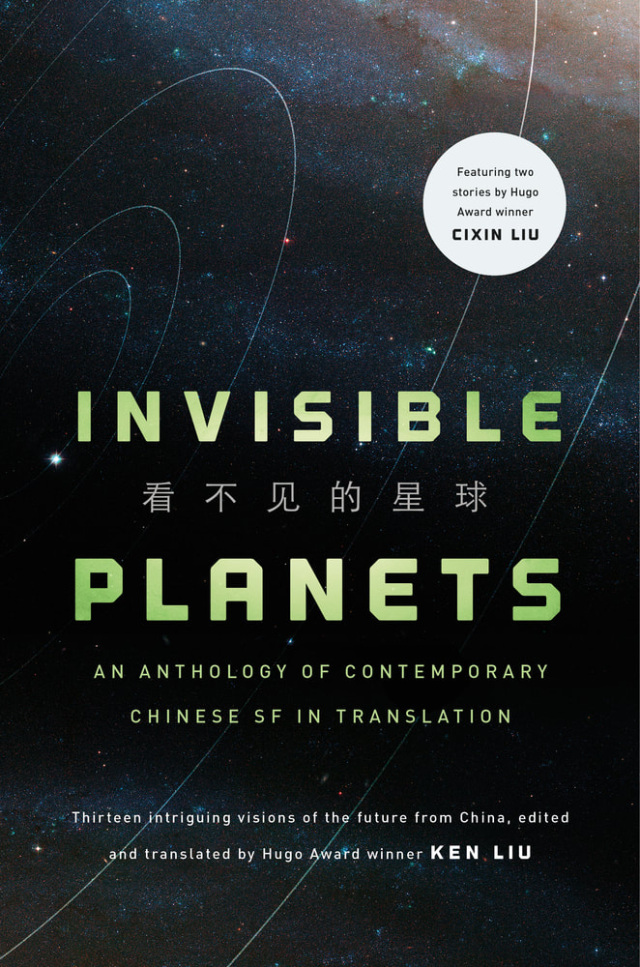 The thirteen stories in this collection, including two by Cixin Liu and the Hugo and Sturgeon award-nominated “Folding Beijing” by Hao Jingfang, add up to a strong and diverse representation of Chinese SF. Some have won awards, some have garnered serioius critical acclaim, some have been selected for Year’s Best anthologies, and some are simply Ken Liu’s personal favorites.

To round out the collection, there are several essays from Chinese scholars and authors, plus an illuminating introduction by Ken Liu. Anyone with an interest in international science fiction will find Invisible Planets an indispensable addition to their collection.

For more Chinese SF in translation, check out Broken Stars.

“The Year of the Rat” by Chen Qiufan

“The Fist of Lijian” by Chen Qiufan

“The Flower of Shazui” by Chen Qiufan

“Night Journey of the Dragon-Horse” by Xia jia

“The City of Silence” by Ma Boyong

“Grave of the Fireflies” by Cheng Jingbo

“The Circle” by Liu Cixin