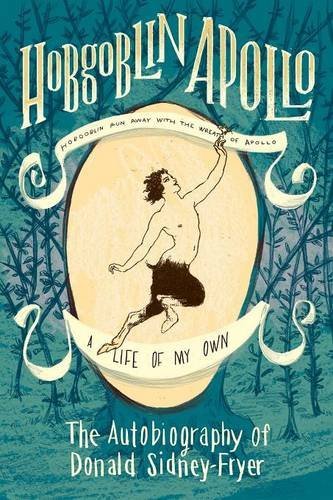 "Here is Donald Sidney-Fryer, simultaneously current and antique, winning and strange, and at least in some sense, 'pure': pride of New Bedford, Massachusetts, a 'Hobgoblin Apollo,' a singer of 'that old, old song of extasie and woe.' Donald Sidney-Fryer: real."--Jack Foley, author of Visions & Affiliations: A California Literary Time Line, Poets & Poetry

In this vibrant and scintillating autobiography, poet-author-editor Donald Sidney-Fryer provides a candid account of his life, including his love of imaginative literature and ballet, his literary work, and his relations with many lovers. Beginning with his birth in 1933 through his adolescence in New Bedford, Massachusetts, Donald describes his family upbringing, education, and awakening of sexuality.

In further chapters, he covers his military service and school work at UCLA; his increasing literary activities, including meeting his mentor, Clark Ashton Smith; the experience of working with Arkham House founder August Derleth; his own writing, especially his poetry written along Atlantean themes; and his many friendships―both literary and otherwise, Platonic and otherwise.

As a bonus, ODDS & ENDS, a hundred-page collection comprising Donald Sidney-Fryer's latest poems, the vast majority previously unpublished, is included as an appendix.

Donald Sidney-Fryer is a leading authority on Clark Ashton Smith and the California Romantics, and is the author of Songs and Sonnets Atlantean and other books of poetry, prose-poetry, fiction, and criticism.