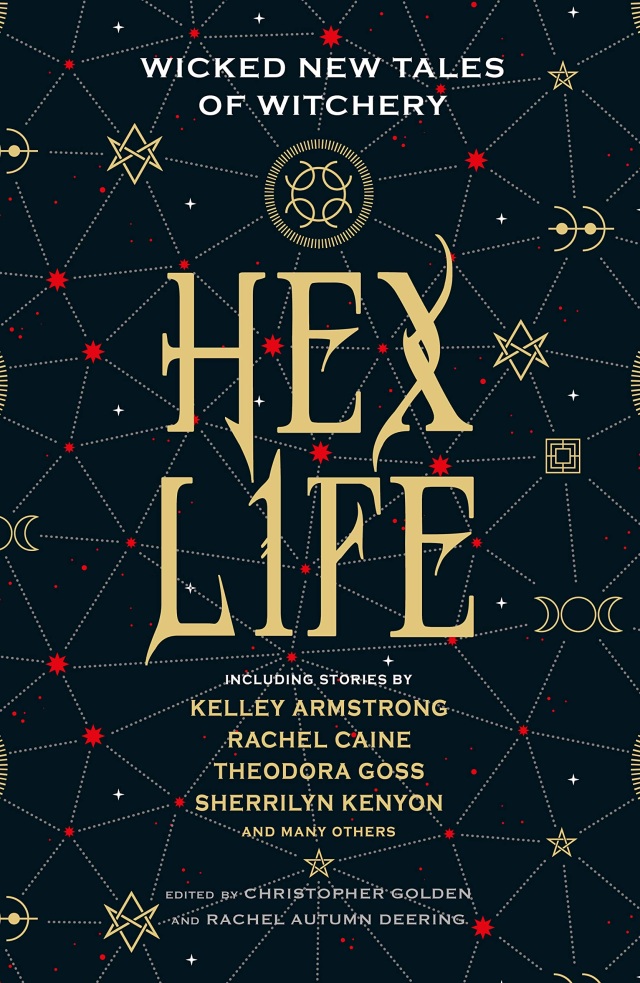 Brand-new stories of witches and witchcraft written by popular female fantasy authors, including Kelley Armstrong, Rachel Caine and Sherrilyn Kenyon writing in their own bestselling universes!

These are tales of witches, wickedness, evil and cunning. Stories of disruption and subversion by today’s women you should fear. Including Kelley Armstrong, Rachel Caine and Sherrilyn Kenyon writing in their own bestselling universes.

These witches might be monstrous, or they might be heroes, depending on their own definitions. Even the kind hostess with the candy cottage thought of herself as the hero of her own story. After all, a woman’s gotta eat…

EIGHTEEN TALES OF WITCHCRAFT FROM THE MISTRESSES OF MAGIC

BRING OUT YOUR DREAD

“Hex Life is alternatively filled with gore and glory, and is a suitably mixed cauldron of styles and tones, but is vastly entertaining from start to finish” - Tor.com

“Highly recommend this one...If you’re easily creeped out, read before dark and maybe not on Halloween.” - Roarboats

“No two consecutive stories are alike, and Golden and Deering assembled this antho in such a way that each successive narrative is different enough from the preceding effort that it really keeps things fresh and makes you wonder what’s up next. It’s a nicely unpredictable read.” - High Fever Books