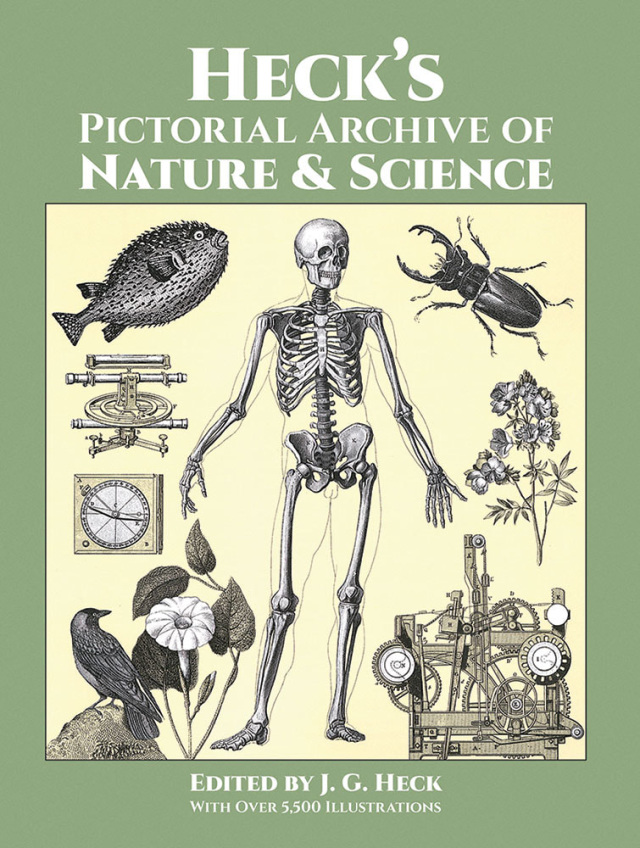 Heck's Pictorial Archive of Nature and Science: With Over 5,500 Illustrations

Based on J. G. Heck's Bilder Atlas zum Convenations Lexicon, published in German in the nineteenth century, the Iconographic Encyclopaedia of Science, Literature, and Art was a monumental six-volume compilation of illustrations and information, covering an enormous range of subjects, from architecture to zoology. Among its most remarkable features were the thousands of superb steel engravings, comprising one of the most extensive pictorial archives ever published in a single work.

The present book, one of three separate and independent volumes based on the rare original American edition of 1851, is devoted to nature and science. Over 170 beautifully reproduced plates contain thousands of illustrations depicting an extraordinary array of subjects: mathematical and geometrical problems; surveying instruments, astronomical maps, and instruments; planetary systems according to Ptolemy, the Egyptians, Copernicus, and others; positions of the planets; botanical illutrations of scores of plants — including seed pods, fruits, and other parts; physical and meteorological illustration demonstrating many laws and principles; numerous types of physical and chemical apparatus; animals, minerals, fossils, geological formations; human anatomy; and many other images. A descriptive table of contents is keyed to numbered illustrations on each plate.

Artists, illustrators, and anyone in need of precisely rendered, royalty-free science or nature illustrations will welcome this practically inexhaustible wealth of immediately usable art.