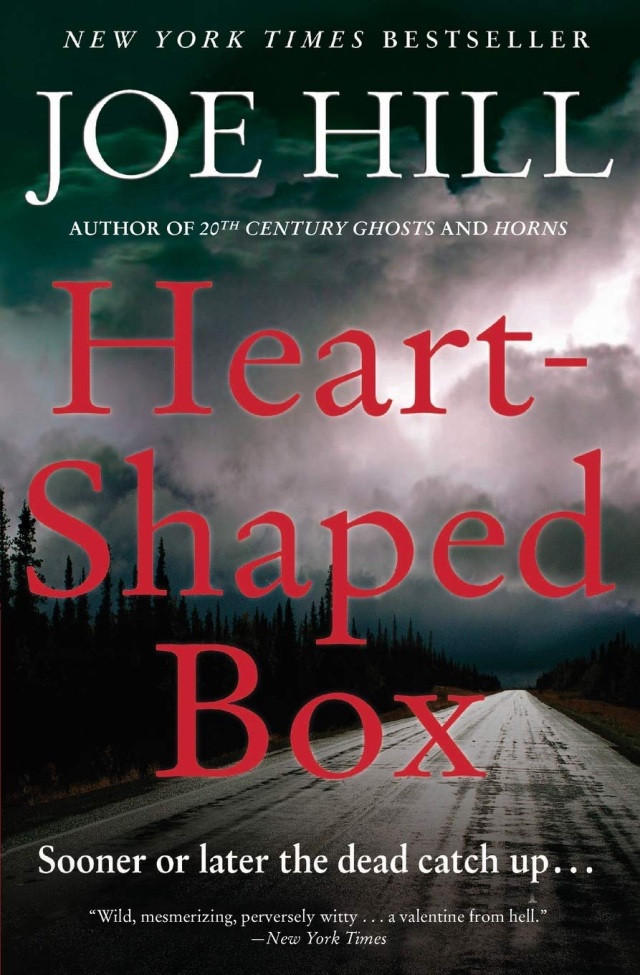 The publication of Joe Hill’s beautifully textured, deliciously scary debut novel Heart-Shaped Box was greeted with the sort of overwhelming critical acclaim that is rare for a work of skin-crawling supernatural terror. It was cited as a Best Book of the Year by Atlanta magazine, the Tampa Tribune, the St. Louis Post Dispatch, and the Village Voice, to name but a few. Award-winning, #1 New York Times bestselling Neil Gaiman of The Sandman, The Graveyard Book, and Anansi Boys fame calls Joe Hill’s story of a jaded rock star haunted by a ghost he purchased on the internet, “relentless, gripping, powerful.” Open this Heart-Shaped Box from two-time Bram Stoker Award-winner Hill if you dare and see what all the well-deserved hoopla is about.

Aging death-metal rock legend Judas Coyne is a collector of the macabre: a cookbook for cannibals...a used hangman's noose...a snuff film. But nothing he possesses is as unique or as dreadful as his latest purchase off the Internet: a one-of-a-kind curiosity that arrives at his door in a black heart-shaped box...a musty dead man's suit still inhabited by the spirit of its late owner. And now everywhere Judas Coyne goes, the old man is there—watching, waiting, dangling a razor blade on a chain from his bony hand.