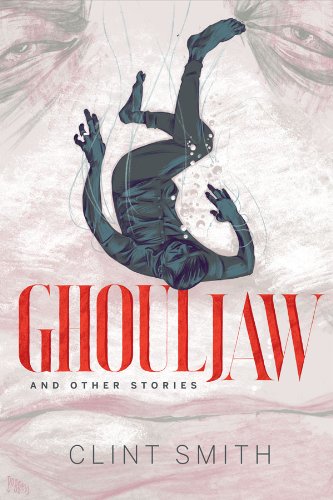 "These smart, unsettling stories give us, with vivid detail, both the squalidly ordinary and the terrifyingly extraordinary-and make clear how closely the two are linked."-Ben H. Winters, Edgar-Award-Winning author of The Last Policeman

"Clint Smith's Ghouljaw stories use vivid imagery to build intense close-ups that connect reader with character, then adds psychologies corrupted by sex, loss, betrayal, guilt, cowardice, denial, and that fatal flaw pomposity. With sprightly literate language he twists old motifs into new shapes of the rural gothic, often embodied in some of the spookiest "monsters from the id" yet imagined-creatures gory, squishy, bloody, witchy, wild. Not to forget a demonic "dog" that scared the bejesus out of me! The monsters of humanity, too, find new life here, as blood cults, avenging , violent poachers, PTSD, and repressed memories incarnate. Clint Smith's Ghouljaw releases into the reader's world a darkness that teaches, shakes, and warns. Read and after a night of tossing sleep you'll awaken changed. For the better? Well, as it is with Smith's characters, that matter's up to you."-Jim Powell, MFA, Senior Lecturer, IUPUI

Over the past several years, Clint Smith has established himself as a powerfully imaginative writer of weird fiction. In this first collection of short stories, Smith demonstrates the multifaceted talents that will establish him as one of the notable weird writers of his generation. What distinguishes Smith's work is both the originality of its weird conceptions and its careful delineation of human character. One of his earliest tales, "Benthos," features both these qualities, telling a grim tale of alienated youth and drug-taking that veers into the grotesquely supernatural. In "The Tell-Tale Offal," Smith cleverly updates Poe's "The Tell-Tale Heart" in a grisly story of physical horror. In "What Happens in Hell Stays in Hell," Smith uses the war in Afghanistan as a chilling backdrop to unthinkable horrors unleashed in the parched sands of the Middle East.

"I have no doubt that Clint Smith will be heard from in the future as a leading practitioner of the modern weird tale. The stories in this collection testify not only to his literary potential but to his already significant accomplishments."-From S. T. Joshi's foreword