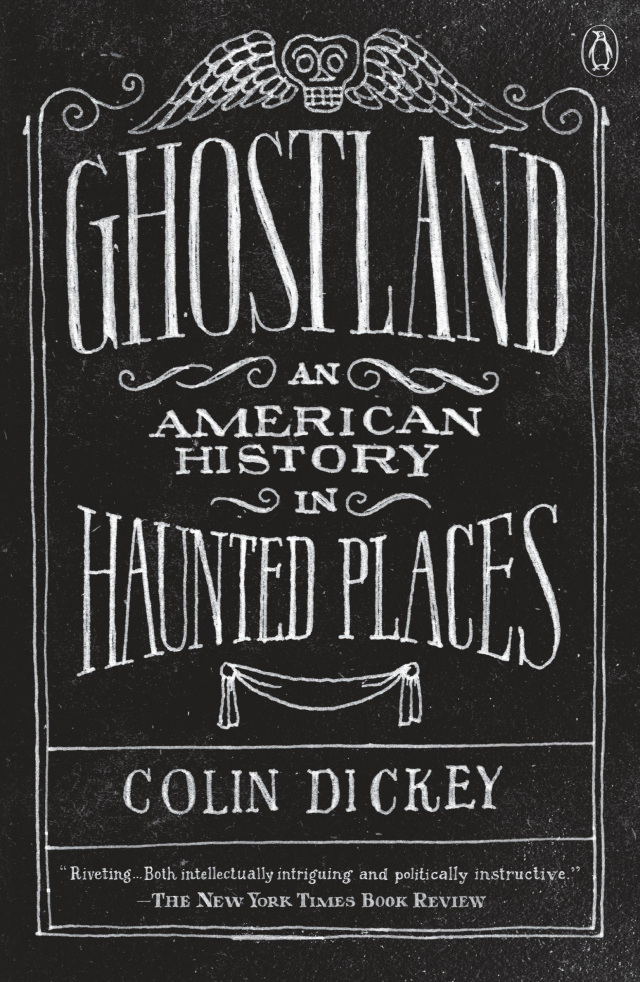 From the author of The Unidentified, an intellectual feast for fans of offbeat history that takes readers on a road trip through some of the country’s most infamously haunted places—and deep into the dark side of our history.

Colin Dickey is on the trail of America’s ghosts. Crammed into old houses and hotels, abandoned prisons and empty hospitals, the spirits that linger continue to capture our collective imagination, but why? His own fascination piqued by a house hunt in Los Angeles that revealed derelict foreclosures and “zombie homes,” Dickey embarks on a journey across the continental United States to decode and unpack the American history repressed in our most famous haunted places. Some have established reputations as “the most haunted mansion in America,” or “the most haunted prison”; others, like the haunted Indian burial grounds in West Virginia, evoke memories from the past our collective nation tries to forget.

With boundless curiosity, Dickey conjures the dead by focusing on questions of the living--how do we, the living, deal with stories about ghosts, and how do we inhabit and move through spaces that have been deemed, for whatever reason, haunted? Paying attention not only to the true facts behind a ghost story, but also to the ways in which changes to those facts are made--and why those changes are made--Dickey paints a version of American history left out of the textbooks, one of things left undone, crimes left unsolved.

Spellbinding, scary, and wickedly insightful, Ghostland discovers the past we’re most afraid to speak of aloud in the bright light of day is the same past that tends to linger in the ghost stories we whisper in the dark.

AuthorColin Dickey is a writer, speaker, and academic, and has made a career out of collecting unusual objects and hidden histories all over the country. He’s a regular contributor to the LA Review of Books and Lapham’s Quarterly, and is the co-editor of The Morbid Anatomy Anthology. He is also a member of the Order of the Good Death, a collective of artists, writers, and death industry professionals interested in improving the Western world’s relationship with mortality. With a PhD in comparative literature from the University of Southern California, he is an associate professor of creative writing at National University.