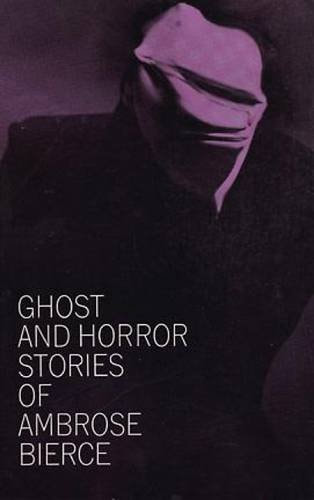 Ambrose Bierce was one of the strangest phenomena of American letters. The adjectives used to describe his writing -- and character -- tend to have a rather uncomplimentary ring: "venomous," "vindictive," "paranoid," "rancorous," "malevolent"; yet few would deny his brilliance of intellect and style. About half of his fiction output consisted of stories of horror and the supernatural, a genre which appealed to his psychic constitution and may have reflected a deep inner torment.

This volume contains 24 of Bierce's best tales of the unknown. Morbid, cynical, eerie, they take you to a twilight region of flesh and spirit -- and into the darkest recesses of the human mind. These are unusual constructions of terror and grim irony, reminiscent of Poe, the Gothic novel, and the Romantic short story, but having the unmistakable individual stamp of a man who knew first-hand something of the fears and specters which haunt men. In this volume you will come across a number of old favorites: "An Inhabitant of Carcosa," "The Eyes of the Panther," "The Death of Halpin Frayser," "An Adventure at Brownville," and such classics as "The Middle Toe of the Right Foot," "The Damned Thing," and "Moonlit Road," a minor masterpiece in which events of the story are told from three different points of view, including that of the victim as spoken through a medium.

You will also find some less familiar, but equally fascinating stories and pieces not available elsewhere, including "Visions of the Night," in which Bierce gives us a rationale for his "reverse holiness" and the surrealistic morality that permeates these writings. Bierce's characters ‚ possessed poets, shabby aristocrats, grimy professional men, revived corpses, haunted malefactors ‚ live in a spare, perverse world. Patricide, the revenge of the dead, inexplicable disappearances, dreadful ironies, hypnotism and second sight, and the like, form much of the substance of these unsettling tales.

Journalist, short story writer, and satirist Ambrose Bierce (1842-1914) was equally adept in a variety of genres, from ghost stories to poetry to political commentary. Bierce's fiction is particularly distinguished by its realistic depictions of the author's Civil War experiences.