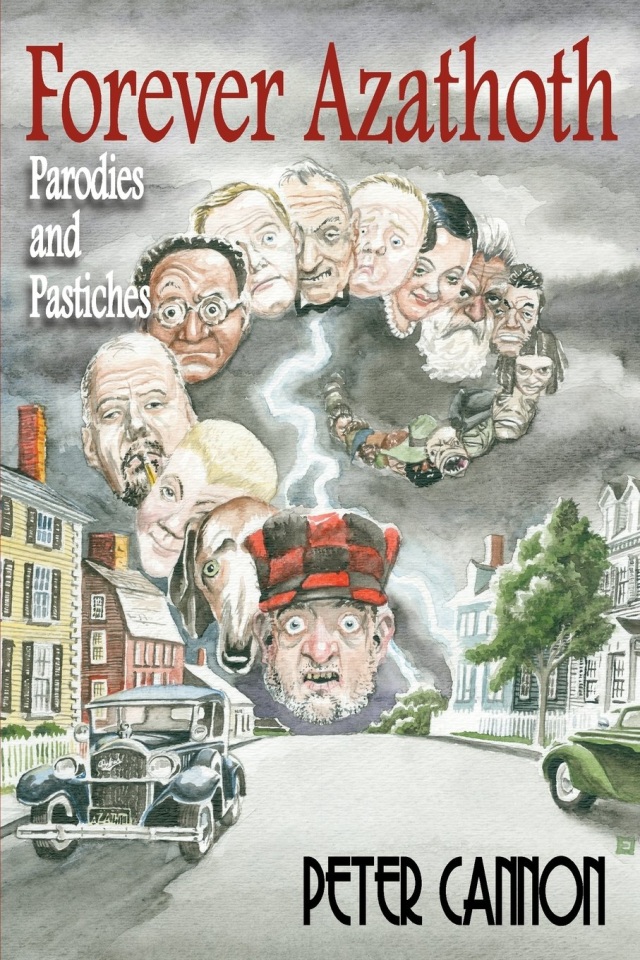 "The stories in Forever Azathoth all qualify as Lovecraftian metafiction, ranging from parody to pastiche to homage. Cannon adds spice to this stew by calling in elements from authors as disparate as William Faulkner and James Herriot. The most surprising and surprisingly successful combination is Cannon's importation of P.G. Wodehouse's air-headed Bertie Wooster and Bertie's "gentleman's gentleman," the unflappable Reginald Jeeves, into the world of Lovecraftian weirdness." -Richard Lupoff

H. P. Lovecraft once wrote: "As a rule, I don't think that a comic or flippant style-or one with much satire-mixes well with the weird." Peter Cannon has devoted most of his writing career to breaking this rule, usually at the expense of Lovecraft himself. This volume collects the finest and funniest of Cannon's parodies and pastiches, starting with the title story, a six-part sequel to Lovecraft's "The Thing on the Doorstep." Various Edward Derby heirs and scholars contend for control of the poet-prodigy's literary legacy, too absorbed in their own affairs to take much heed of the supernatural mischief made possible by mind transfer. Before there was Pride and Prejudice and Zombies, there were the three "Wodecraft" tales, in which P. G. Wodehouse's characters show considerable savoir faire in the face of cosmic dread. Cannon also mashes up Lovecraft with two classic American writers, F. Scott Fitzgerald ("Tender Is the Night-Gaunt") and William Faulkner ("The Sound and the Fungi"). Two selections pay homage to living horror greats Ramsey Campbell ("The Undercliffe Sentences") and T.E.D. Klein ("The Arkham Collector"). "The Madness out of Space" chronicles the efforts of a scholarly New England gentleman to connect with the cosmic.

This quality Hippocampus Press edition contains all the stories in the limited, signed Subterranean Press edition together with the novelette "The Madness out of Space." Handsome interior illustrations by noted Lovecraftian artist Jason C. Eckhardt, some newly commissioned for this paperback edition, form an added bonus.

Peter Cannon is the author of Pulptime (1984), a Sherlock Holmes pastiche in which H. P. Lovecraft plays Dr. Watson to the great detective; Scream for Jeeves: A Parody (1994), a blend of Wodehousian humor and Lovecraftian horror with a dash of Conan Doyle; and The Lovecraft Chronicles (2004), a novel that imagines a happier and longer life for Lovecraft. He lives with his wife and three children in New York City.