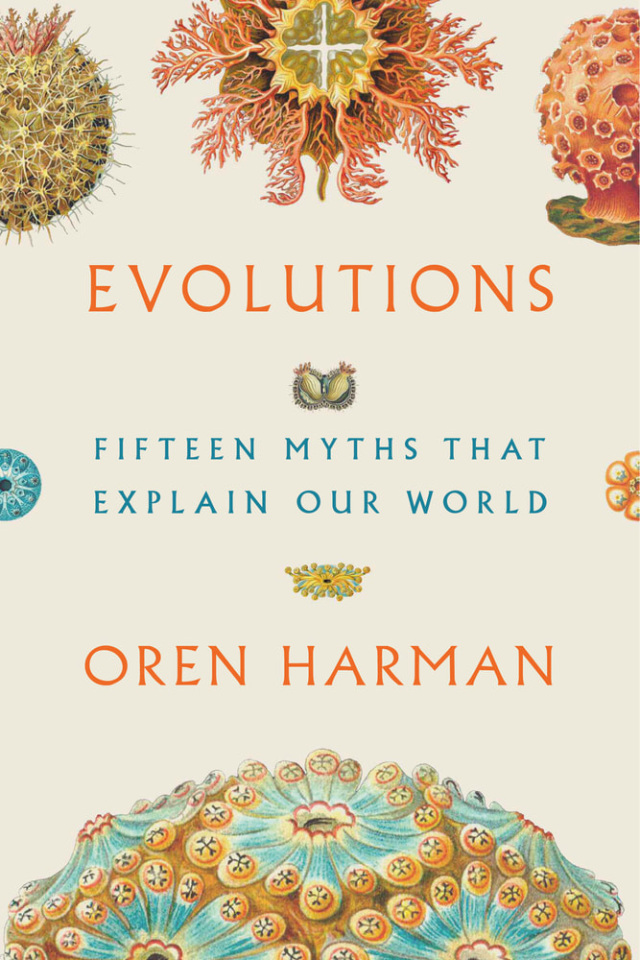 A brilliant lyrical exploration of how modern science illuminates what it means to be human, from the award-winning author of The Price of Altruism

We no longer think, like the ancient Chinese did, that the world was hatched from an egg, or, like the Maori, that it came from the tearing-apart of a love embrace. The Greeks told of a tempestuous Hera and a cunning Zeus, but we now use genes and natural selection to explain fear and desire, and physics to demystify the workings of the universe.

Science is an astounding achievement, but are we really any wiser than the ancients? Has science revealed the secrets of fate and immortality? Has it provided protection from jealousy or love? There are those who believe that science has replaced faith, but must it also be a death knell for mythology?

Evolutions brings to life the latest scientific thinking on the birth of the universe and the solar system, the journey from a single cell all the way to our human minds. Reawakening our sense of wonder and terror at the world around us and within us, Oren Harman uses modern science to create new and original mythologies. Here are the earth and the moon presenting a cosmological view of motherhood, a panicking mitochondrion introducing sex and death to the world, the loneliness of consciousness emerging from the memory of an octopus, and the birth of language in evolution summoning humankind’s struggle with truth. Science may not solve our existential puzzles, but like the age-old legends, its magical discoveries can help us continue the never-ending search.

“Evolutions is a breathtaking race through the immense scope of time and space that is our universe. The processes of evolution are at times so huge and ungraspable for the mind―so magical―that they can perhaps only be fathomed through the language of myth . . . Brilliant.” ―Karin Altenberg, The Wall Street Journal

"Rare is it to open a science book whose first page tells you it will be an absolute joy to read . . . [Evolutions] is a book about scientific facts and theories, it is also a work of art. The discoveries presented in Evolutions are mind-blowing in themselves, but it is Harman’s skill in blending contemporary science and traditional storytelling that makes this book truly brilliant." ―Randy Rosenthal, New York Journal of Books

"How often do we encounter scientific writing that reads like poetry, and that is philosophical as well as informative? . . . Enlightening, provocative and well-informed . . . Harman is a marvelous intellectual companion." ―David B. Green, Haaretz

"[Evolutions] is a science text like no other . . . Although Harman follows a standard progression, from the creation of the universe and planet Earth through the emergence of life up to modern humans, he does so quickly via a series of 15 vignettes that are more poetry than pedagogy . . . Ideal for readers who find traditional science books lacking in philosophy." ―Library Journal

Author Oren Harman's book The Price of Altruism won the Los Angeles Times Book Prize in Science and Technology and was a New York Times Notable Book of the Year. He is a renowned professor of the history of science and the Chair of the Program in Science Technology and Society at Bar Ilan University.